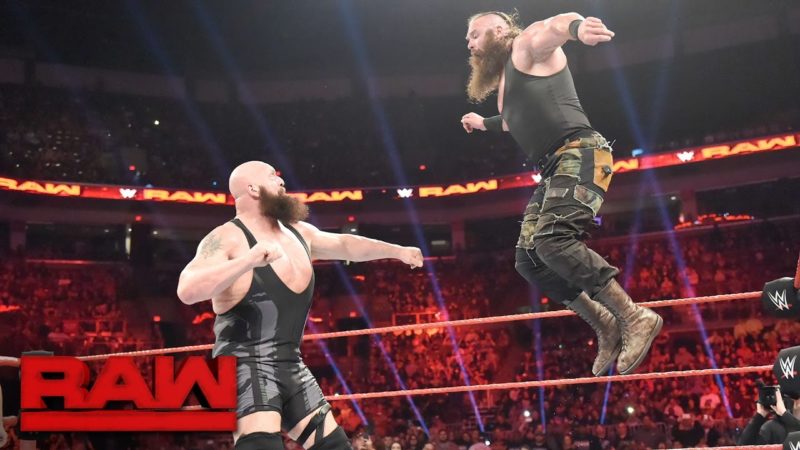 After the brand split, Braun Strowman was left on his own on Monday Night Raw. After months of running through jobbers, the Monster Among Men began a program with Sami Zayn. Around this time, The Big Show passed on some wisdom to him.

When The Big Show joined Busted Open Radio two weeks ago, the World’s Largest Athlete was talking to Bully Ray about the differences in the locker room now in regards to politics and how everyone is too nice to each other. As an example, the former World Heavyweight Champion pointed to Braun Strowman.

I saw Braun Strowman, what was it… a year and a half ago and was all over him and having a conniption fit because he was taking a clothesline from Sami Zayn, and he was all, ‘Well, it was just one bump before I would kill him.’ I was like, ‘I don’t care. Sami Zayn should not bump  you ever.’ Sami Zayn does not look like a… I said, ‘Can Sami Zayn knock you on your ass in real life?’  He said, ‘Well no.’

I said, ‘Well, alright then. Then why are you taking a bump for him?’ You know what I mean?

This coming from a guy with personal experience who had bumped for the wrong people my entire career because I was gullible, I didn’t want to do the no-fall down stuff. I wanted to be respected as a worker so I can thank my knees, my shoulders, and my back now because I wanted to be a worker.

The Big Show also discussed working in the Attitude Era vs today, his career and where he’s headed, learning to be a better worker, and Becky Lynch. You can check out the full interview above.

Thoughts on The Big Show’s advice to Strowman? Let us know in the comments below.