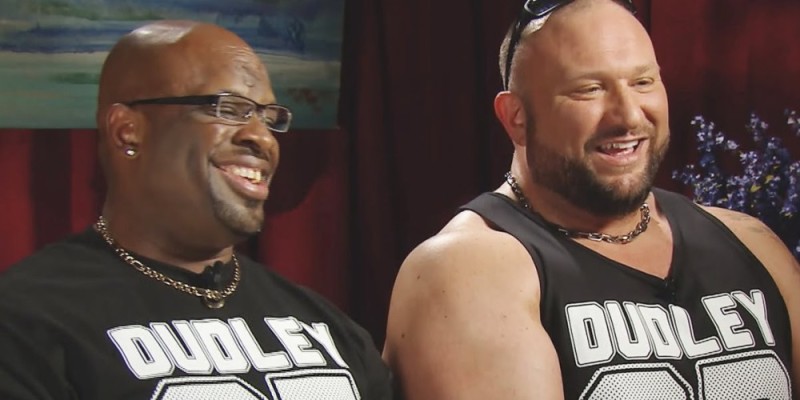 The Dudley Boyz recently appeared on the talkSPORT’s Gorilla Nation podcast and during that interview, the tag team explained why the WWE must have The Rock at WrestleMania 32.

Bubba feels that WWE needs to have big star power at the event because they have to sell out a huge arena.

“If you’re going to try and put 100,000 people into the AT&T Stadium and have the biggest Wrestlemania of all time, to me that’s an all hands on deck show. Rocky, [Steve] Austin — whoever you can possibly get to be there to out 100,00 people in there.”

Devon chimed in on the discussion and explained that anyone that WWE puts against The Rock will be entertaining.

“At the end of the day it is business. Having guys like that with their superstar name power works for the show and is best for business, I say great.”

“Rocky versus anybody is going to be entertaining. Rocky and Hunter — yes, we’ve seen it before, but those guys will definitely put on a match that’ll tear the house down.”