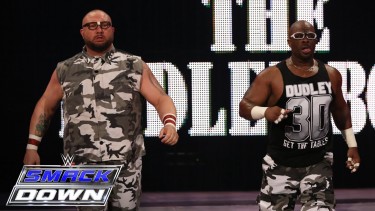 – The Dudley Boyz worked one of their final non-WWE appearances since signing with the company at the Imperial Wrestling Revolution show in Oklahoma last night. The tag team worked the match against The House of Atticus.

– Indie wrestler Ruby Mobs claimed that she has an upcoming WWE tryout at the Performance Center in Orlando next month. This is what she wrote on Facebook:

It’s official. Not only am I APW’s world heavyweight champion but I also have a for sure WWE …NXT tryout in Orlando Florida next month !!!!! APW has been amazing and I won’t let them down! I’ll be conditioning like crazy to prepare for the tryout and will keep everyone updated on my journey!!! And to my fans….thank you for all the support smile emoticon