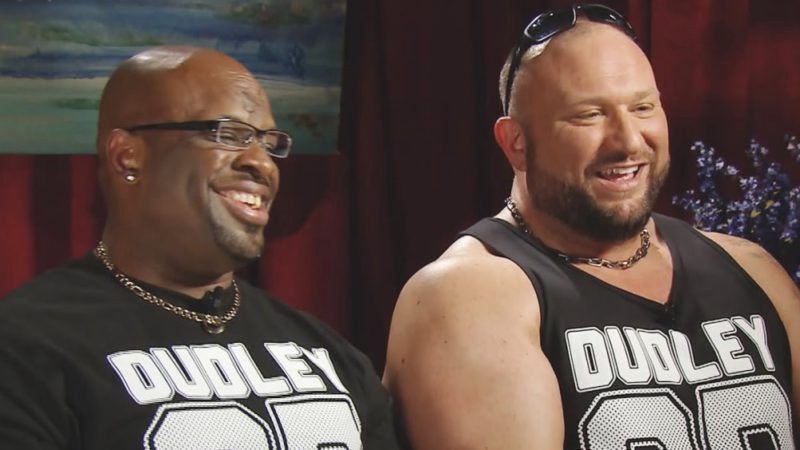 The Dudley Boyz appeared on ESPN’s SportsCenter on Tuesday night to talk to Jonathan Coachman about WWE. There was a highlight reel of the top five moments of Monday’s episode of RAW.

Coachman welcomed them to the show. Coachman brought up them putting him through a table several years and them using tables as part of their gimmick and connecting with the fans. Bubba Ray Dudley said that they didn’t think it would get over it as well as it did. Bubba admitted that they did not invent putting people through a table but used it in a different way and got the fans involved. Devon said that they used to make people mad and then got popular with the fans by putting wrestlers through tables. Coachman brought up them putting Mae Young through a table. Bubba said that Young was the toughest person he ever met.

Bubba explained that Young went to Vince McMahon one time and asked if they could put her through a table off of a steel cage. Bubba praised her for her work in pro wrestling and being a good friend of theirs. Coachman brought up the passing of Chyna. Devon said that Chyna was the first woman who would fight men. He praised her for doing so because the women were not doing that back then. Bubba said that she was a pioneer and fit the mold for the Attitude Era for a woman. Bubba said that she would be missed.