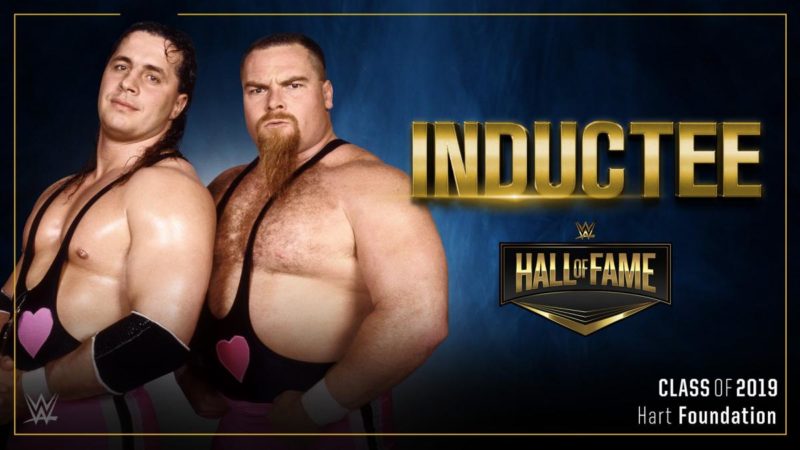 Bret “Hit Man” Hart & the late Jim “The Anvil” Neidhart dominated the tag team division in WWE during the 1980s and early 1990s. They will now be inducted into the WWE Hall of Fame class of 2019.

This news was first broken by Yahoo Sports and later confirmed by WWE.

Bret Hart and Jim Neidhart teamed up in 1985 and were managed by fellow WWE Hall of Famer Jimmy Hart. They made their debut at Wrestlemania II and became three-time WWE tag team champions until they broke up after Wrestlemania VII in 1991.

The two had memorable rivalries with the likes of the British Bulldogs, The Fabulous Rougeaus and The Rockers.

Bret Hart will now be a two-time Hall of Famer, joined by fellow Hall of Famers Shawn Michaels, Ric Flair and Booker T.