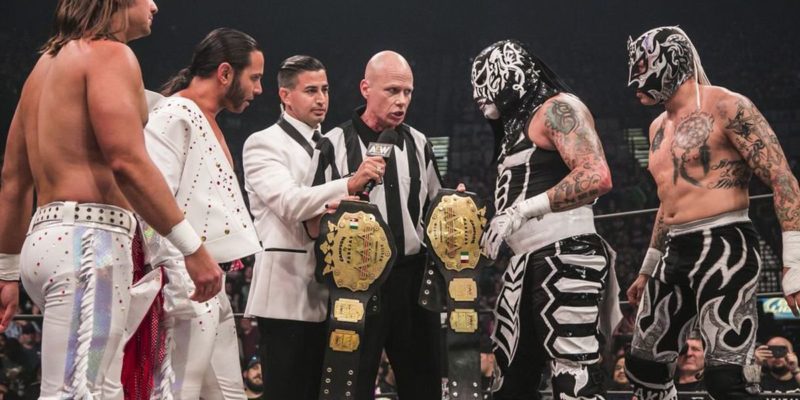 At AEW Double Or Nothing last month, The Young Bucks defeated Pentagon Jr. and Fenix and were able to retain the AAA Tag Team Titles. The teams also faced off this past Sunday in Mexico and things went differently this time around.

The Lucha Bros defeated The Young Bucks for the AAA World Tag Team Titles after a long and intense match that kept the fans in attendance on their feet throughout the match.

The match took place at AAA’s Verano de Escandalo event in Merida. Pentagon Jr. and Fenix were determined to get their hands on the AAA World Tag Team Titles and they were successful in their objective.

The match ended when Matt Jackson took a Penta Driver and was pinned clean. Since the two are also most likely going to be competing against each other in AEW, their rivalry is far from over.