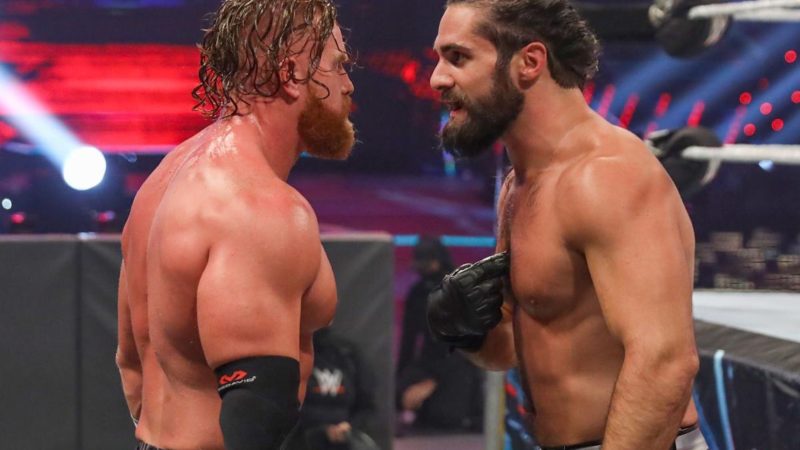 Murphy, the WWE SmackDown star recently joined WWE After The Bell podcast,where he opened up on his former ‘Messiah’, Seth Rollins.

Murphy wants to become the next Seth Rollins

The former WWE Cruiserweight Champion’s relationship with Seth Rollins has turned into a bitter rivalry recently. With, Murphy joining hands with the Mysterio family, Rollins has been left alone by his former ‘disciple’.

During the podcast, he spoke about following the footsteps of the former WWE Champion and also mentioned how he wants to be the best.

“I haven’t wasted it, I feel, and I feel when this is done– wearing the Seth gear, the character and myself are very similar as in I want to be the next him. He’s done so much, and you go back to his interviews, he doesn’t want to be one of the best. He wants to be THE best. Well, so do I. The story’s real, and I want to be the second coming of Seth.”

He is certainly planning onto steal the spotlight of Seth Rollins and eyeing to become ‘The Messiah Slayer’.

“He’s been there. He’s been The Kingslayer. He’s been The Beastslayer, but I think on [SmackDown], I’m going to be ‘The Messiah Slayer.’ So I’ll take those reins and I’ll dethrone him.”

On the latest edition of Friday Night SmackDown he squared off against Seth Rollins and emerged victorious.