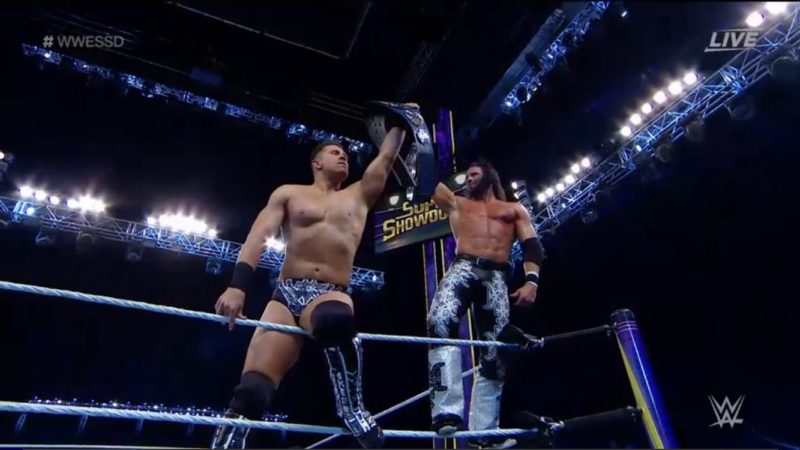 As seen on WWE Super ShowDown, John Morrison and The Miz faced the New Day for the SmackDown Tag Team Championships.

The match saw some amazing spots and the audience even gave the four men the “This is Awesome!” chants. However, while the referee was distracted, John Morrison brought out a steel chair and hit Kofi Kingston with it.

The Miz rolled up Kingston and got the pinfall victory and the SmackDown Tag Team Titles.

So there you have it, The Miz and John Morrison are the NEW SmackDown Tag Team Champions. It will be interesting to see how this feud develops come Friday on SmackDown.