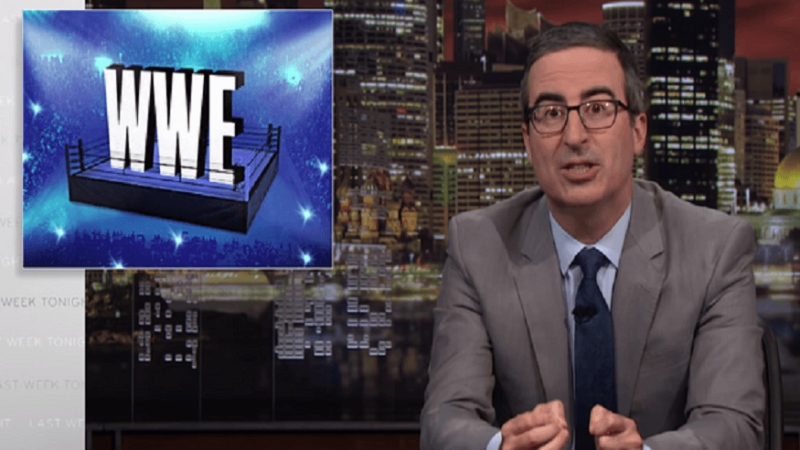 The John Oliver report about WWE’s treatment of the stars and the lack of health insurance couldn’t come at the worst time possible.

A lot of wrestlers, from past and present gave their opinion on the matter. Now it’s time to hear what The Miz and Big Show think of Oliver’s damning report.

Sports Illustrated Now (via 411Mania) talked to Miz who shared his opinions about the segment, and seems like he just avoided talking about the main issue highlighted by Oliver, while still criticizing his report? Take a look yourself.

“Who doesn’t take shots at WWE, especially when WrestleMania is around? All the news is about that. The way I look at what he said, and I don’t know all of it verbatim, I’ve been there for 13+ years. I met my wife in WWE, and we now have a child together and trust me, I live a pretty incredible life. There’s not every day where you get to go out in front of 80,000 people and either have them boo or cheer you, but be interactive. We get to create moments that last a lifetime. And the way I’m treated, I’ve gotten to perform in movies with WWE Studios, I have my own reality show Miz & Mrs. on the USA Network, which you can see every Tuesday. You know, I’ve been so fortunate of everything that WWE has given to me.”

Big Show was also asked to share his thoughts on the topic by TMZ Sports. Show is of the opinion that since he is healthy and rocking, it means WWE is doing something right.

“You know, everybody’s entitled to their own opinion. Everybody’s got their own experiences and how they feel. I’ve had a hell of a career. I’ve had a lot of injuries. I knew from day one stepping through the ropes that it was not an easy job. It was a job that I was going to put myself at risk, and I took the paychecks. I took the fame. I took the fortune, and those are the risks that happened. That’s just part of the industry, and the industry has changed. It’s done everything it can to protect the athlete and create longevity for the athlete. I’m 47. I’m still rocking and rolling, so they’re doing something right. They’re doing something right.”

“While the character Vince is an a—hole, it’s important to know that the real Vince is also an a—hole,” Oliver said in the report. “Many fans legitimately hate him. While the WWE has made him a billionaire, many wrestlers say he’s treated him terribly.”