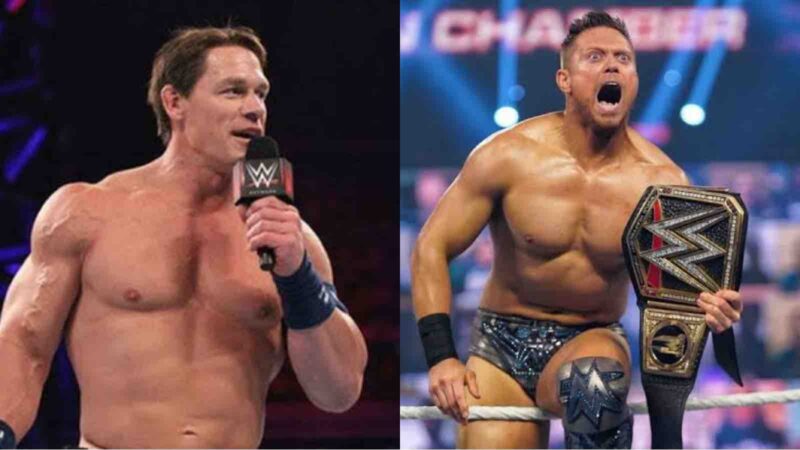 The Miz broke character and despite being a heel shook hands with former rival John Cena backstage at WWE Raw on Monday night. Miz and Cena main evented WrestleMania 27, with The Rock attacking Cena, and inadvertently helping Miz win.

John Cena used to be WWE’s biggest face, but Cody Rhodes is now the top good guy in WWE. WWE star Cody Rhodes had picked up a huge win over Seth Rollins inside the Hell In A Cell at the namesake Premium Live event. It was previously speculated that he might be a part of the show as it was announced that he suffered an injury. He also cut an emotional promo following the victory. WWE had announced before the event that Rhodes tore his right pectoral tendon off the bone while preparing to face Seth Rollins. Cody’s wife, Brandi Rhodes was also concerned during the match.

Despite showing severe bruising, he went on to defeat his long-term rival in a gruesome battle that lasted for 24 minutes. The injury is quite severe and he is going to be sidelined for several months following the surgery. The two-time Intercontinental Champion was also recently seen wearing a sling.

The American Nightmare took to his Instagram Stories today to let his fans know about his rehab process. While WWE stated that Rhodes would be on the shelf for nine months with his torn pectoral injury, it appears that Cody might have other plans:

“Sling off for rehab – in gym. I’ve heard 9 months, that’s their plan…I’ve never concerned myself with other peoples projections – I’ve got a plan of my own – let’s finish, all of us,” Cody Rhodes said in his Instagram Stories.

WrestlingNews.co had reported that Rhodes was cleared because he couldn’t suffer more damage to his completely torn pec. They also added that a few spots were scrapped from the match: The report stated that Rhodes had the option not to compete, and WWE would’ve come up with an alternate plan. However, it was ‘The American Nightmare’ who insisted on wrestling anyway.