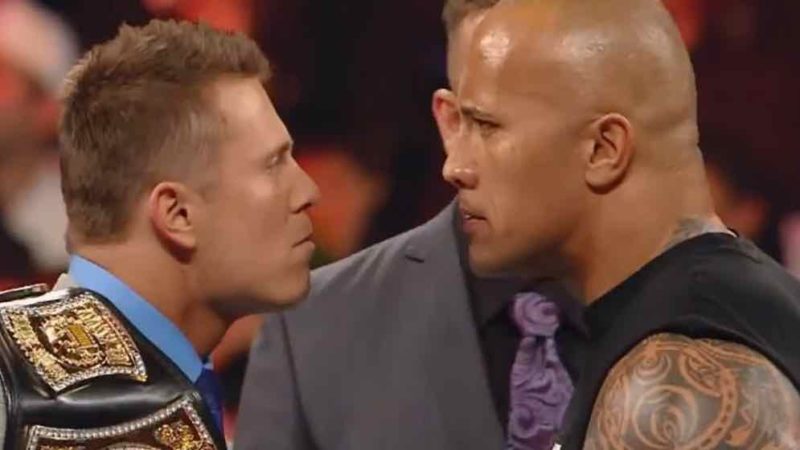 The Miz had some strong words for The Rock and WWE icons after his WWE title win. The world of professional wrestling has a good few wrestlers whom fans would consider to be on the Mount Rushmore of pro wrestling. Some fans consider Hulk Hogan there, as he shaped the 80s and 90s of pro wrestling, especially WWE.

Others want John Cena as he ushered in the ruthless aggression era and was a mainstay in WWE for well over a decade during his run at the top of the company. Now it seems The Miz wants to be included in that list.

In a recent interview by TMZ, the newly-crowned WWE Champion The Miz said that he belongs on the Mount Rushmore of WWE list alongside the likes of Hulk Hogan and John Cena.

The A-Lister decided to mention The Rock as well, saying that one can choose between The Rock, Steve Austin and Ric Flair for the list.

“I read a stat and WWE just posted it,  I am the first-ever 2-time Grand Slam champion. That means I’ve held this [WWE] title twice. The Intercontinental more than twice. The United States champion twice and Tag Team Championships twice.”

“I am the only one in the history of this business to be a 2-time Grand Slam champion. So in my opinion, I’m on the Mount Rushmore of WWE. I think you put Hogan, I think you put Cena. You can select between The Rock and Austin and Ric Flair.”