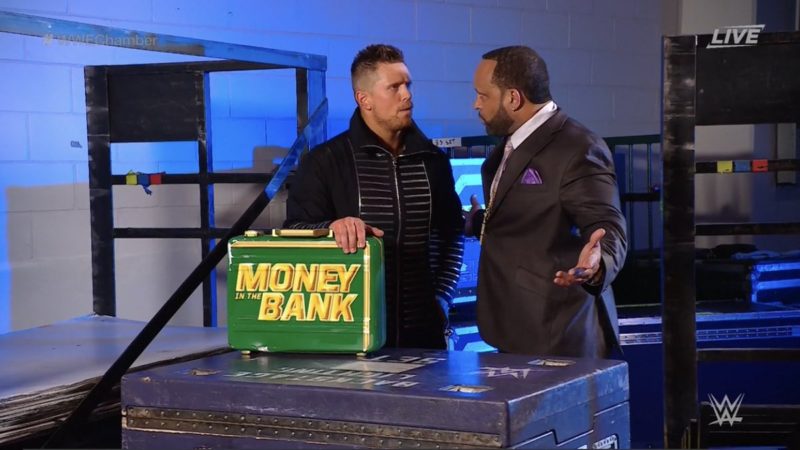 The Miz is WWE Champion, but he had been buried for a long time by WWE creative. During the WWE Elimination Chamber pay-per-view, Drew McIntyre managed to retain his WWE Championship in the Elimination Chamber match against all odds. However, following the conclusion of the match, Bobby Lashley came out and gave a vicious beatdown to Drew McIntyre. It seems The Miz benefitted the most from this. Miz has a big WrestleMania match planned.

The Miz decided to make most of the opportunity presented to him and cashed in his Money In The Bank briefcase and pinned Drew McIntyre to win the WWE Championship again. This marks the second time in his career that Miz became the WWE Champion.

This came as a huge shock to many and perhaps, to The Miz as well. This is because it was The Miz’s first win in the company in several months. As noted by Adam Lash on Twitter, apart from his win at Elimination Chamber, The Miz had not won a singles match since October 25th of last year. A Miz title match on Raw is rumored.

Lash then noted how between January of 2020 and this year’s Elimination Chamber, The Miz only won three singles matches.

He then criticized WWE’s booking decision to have The Miz become the WWE Champion.

Even if you’re a hardcore WWE fan you’re not obligated to defend putting the top belt on a guy they’ve been jobbing out in singles (and tag matches since April of 2020) for the last 13 months.

Between January 1st, 2020 and today The Miz has won 3 singles matches total.