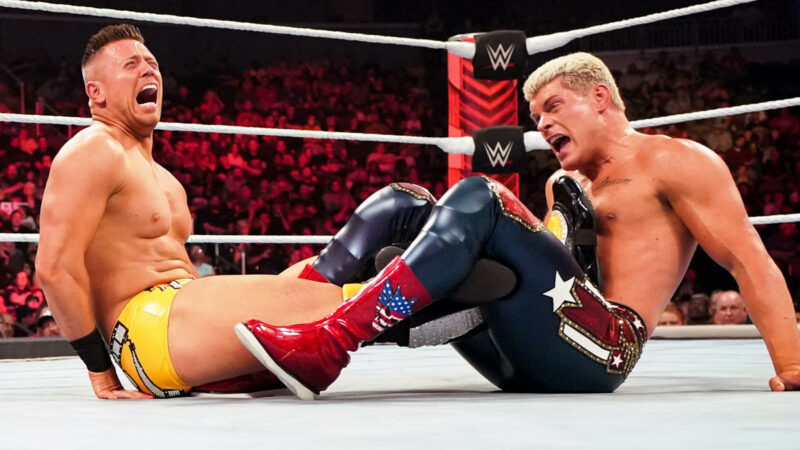 Cody Rhodes squared off against The Miz on this week’s edition of Monday Night RAW. A video clip of the match surfaced the social media. Some spots looked a bit clumsy. During the match, Rhodes attempted the ‘surfboard’ maneuver which lacked coordination as Rhodes struggled to attempt the move on The Miz. While, in another instance, they struggled while performing a pinning sequence.

Cody Rhode has changed a lot since his first WWE run

The on-screen WWE authority figure Adam Pearce recently spoke about how he’s seen Cody Rhodes change since the latter’s last time in WWE. Pearce was a guest on this week’s WWE The Bump and here is what he said about ‘The American Nightmare’ Via[Wrestling Inc:]

“You know, the interesting thing just kind of outside in looking, I dealt with Dusty at the Performance Center like you talked about and he was incredibly gracious with his time and helped me immeasurably. At that same period of time, when I first joined WWE, Cody was still here, and then he went away for a period of time. The Cody that I am seeing now back is a completely different person. I am seeing more confidence, I am seeing a performer that is 100 percent sure of himself, and I think he has embraced everything that maybe in the past he’s kind of shunned.”

Cody Rhodes is set to face Seth ‘Freakin’ Rollins at the upcoming WWE Hell In A Cell pay-per-view on Sunday, June 5. We will have to see which star walks out of the show as the winner.