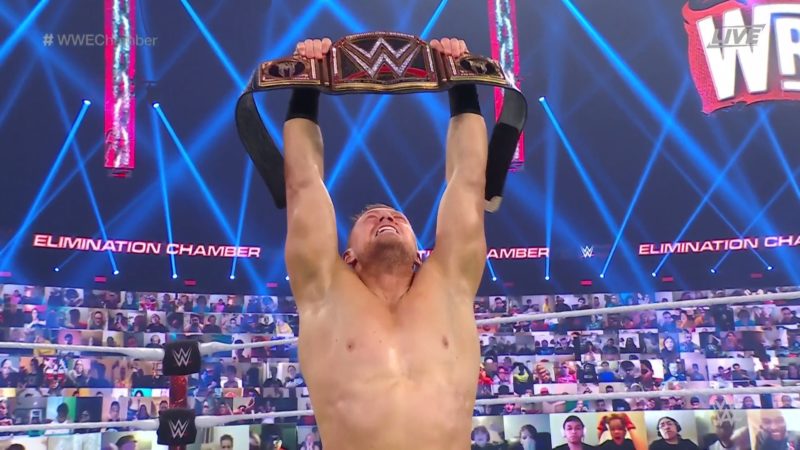 The 2021 Elimination Chamber pay-per-view event saw The Miz successfully cash-in his Money In The Bank briefcase to become WWE Champion, if only for a short while thanks to Bobby Lashley who attacked a celebrating Drew McIntyre. However, this was apparently not the original plan. On the latest episode of the “Nitty Gritty Dirt Show” on RussosBrand.com, host Billi Bhatti and former WWE writer Vince Russo, discussed how former WWE Champion Sheamus was supposed to be in the spot that Lashley is in currently. WWE removed The Miz vs. Sheamus title match idea, and instead went with Bobby Lashley. Wrestling-Edge transcribed Bhatti’s comments. This reason for Vince McMahon ‘burying’ The Miz recently leaked.

Bhatti: So the original plan for the Elimination Chamber was for Sheamus to be the last man out, for Drew [McIntrye] to be attacked by Sheamus after the match, for The Miz to come in after the match and for Sheamus to beat Miz [presumably the next week on RAW]. So this would have been exactly everything you saw with Lashley but it was supposed to be done with Sheamus staying behind a few minutes after attacking Drew while he was celebrating, then for Miz to cash-in then for Sheamus to beat Miz. You would then be on the same path. So, the ideas don’t change but there are people who come in and replace them.

In other news regarding The Miz, Hurt Business member and current WWE Champion Bobby Lashley recently lavished praise upon the title’s predecessor as ‘The Almighty’ applauded Miz’s in-ring character and stated that WWE’s resident ‘A-lister’ was the ‘perfect’ person for him to win the WWE Championship from. Bobby Lashley made the following remarks in sitting down with TheWrap. Credit to CagesideSeats for the below quote.

“…when I went against The Miz last Monday, people were kind of cheering for me and they were booing for Miz. So it was kind of like I was leaning toward the babyface side and Miz was almost the heel side, but he played the heel perfect….I was like, Miz is phenomenal, he is great. And if you don’t believe that, then you are missing the point. Because there are people who say, ‘I can’t stand him because he does this and this.’ Yeah, that’s what he’s supposed to do, and he gets you to hate him. Miz is phenomenal. He was the perfect person for me to take the title from at that time.” Miz’s plans for WrestleMania were revealed not too long ago.