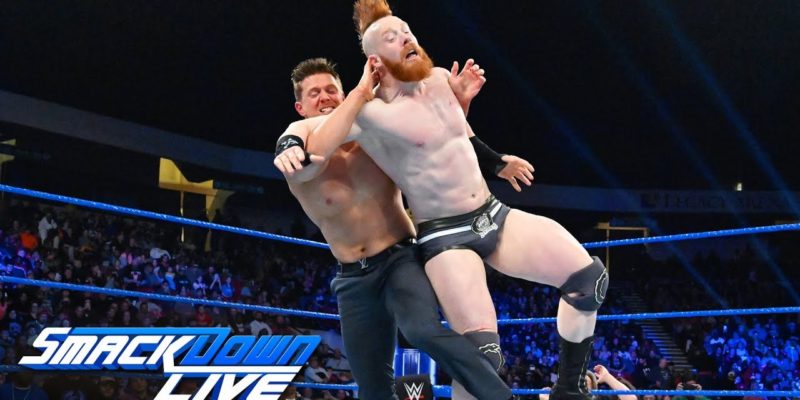 On last week’s edition of SmackDown Live, The Miz was able to pick up a victory over one half of the SmackDown Tag Team Champions, Sheamus. This week, the Awesome One has a chance to build more momentum to the title match at the Royal Rumble.

WWE announced another match for the January 22nd edition of SmackDown Live. The Miz, with Shane McMahon in his corner, will face the Swiss Superman Cesaro, accompanied by Sheamus.

The unlikely tag team and co-best in the world winners will challenge The Bar for the WWE SmackDown Tag Team Championship at WWE Royal Rumble on January 27th. The Kickoff show for the event begins at 5 p.m. ET, with the official show starting at 7 p.m.