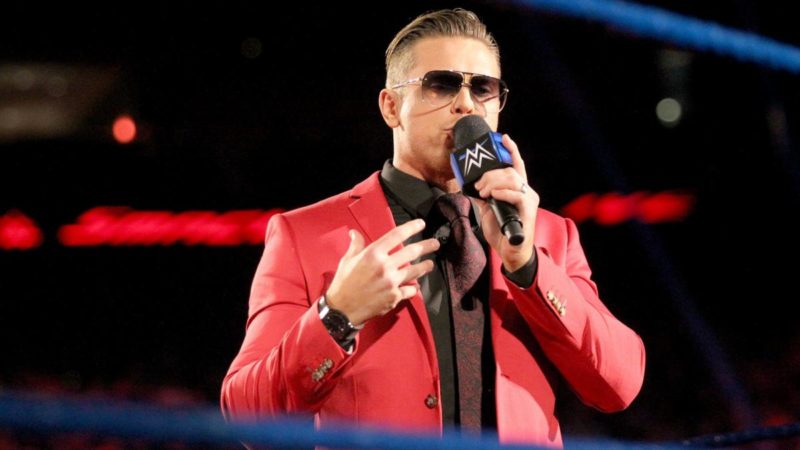 During this past month’s WWE WrestleMania Backlash pay-per-view event we saw a fright of a match which saw The Miz take on Damien Priest in a Lumberjack match. This match, which has been given mixed reviews by members of the wrestling media and the WWE universe alike saw not only The Miz get devoured by zombies in an obvious movie tie in for Batista’s Army of the Dead film but also injure his ACL. This huge WWE Miz contract offer recently leaked.

In an follow-up to this story, acclaimed and noted wrestling journalist, Dave Meltzer of the Wrestling Observer newsletter provided this update regarding The Miz’ medical status. Credit to SportsKeeda for the following quote.

”Miz was injured in the match,” Meltzer said. “We were told it was an ACL injury but it wasn’t clear yet whether it was a partial or complete tear. If it’s the former, the recovery time will be a lot shorter and he won’t necessarily need surgery. A complete tear usually requires surgery which has a six month or more recovery time.”

In other news regarding The Miz, the Hollywood A Lister has not been speculated and rumored to play Johnny Cage in an upcoming Mortal Kombat film due to an online push for the former WWE Champion to do so. In speaking with Looper, Miz discussed the possibility of playing the beloved video game character. Credit to Screenrant for the below transcription.

All of a sudden, I just see my name associated with Johnny Cage, just flipping through. And it’s not negative, it’s all positive. And normally when I’m in a feed of Twitter, it’s negative, 100%, all the time. But man, was it positive, and, man, were a lot of my fans really wanting me, even people, even my peers, even the co-creator of Mortal Kombat was like, “Yeah, we’d love to see The Miz as Johnny Cage.” And honestly that would be a dream come true and I would put everything I possibly have into that character and make sure that it gives the Mortal Kombat fans the Johnny Cage that they deserve. The Miz was also seemingly ripped off by a fired WWE Superstar.

And I will do everything in my power to hopefully get that part if the opportunity presents itself. I don’t know if it will, but if it does on putting my name in the hat, I want the part. So whatever I have to do to get it, I will do. I will put forth the entire, I have an immense work ethic and whatever it takes, I will be there to try and do it. And if I don’t get it, that’s okay too. But I hope the person that does get it will put in the same amount of work and dedication and give the fans exactly what they want, because I know what I want out of Johnny Cage. I really do. I love the game. I’ve loved it since I played it on Sega Genesis, wouldn’t play it on Super Nintendo, only Sega Genesis.