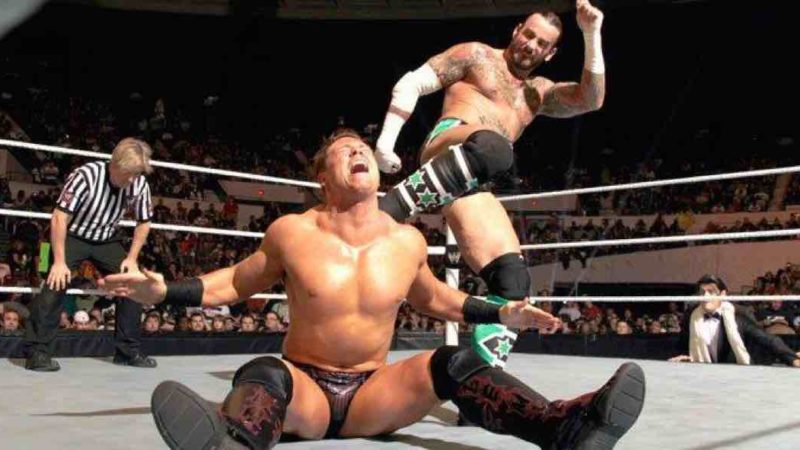 The Miz winning the WWE title and main eventing WrestleMania 27 with John Cena angered many top WWE stars, including CM Punk, according to Arn Anderson on his AdFreeShows.com podcast. Jon Moxley disagrees with CM Punk about The Miz.

“I would say there’s a lot of talent at that WrestleMania that were pissed that Miz was in that spot. When being in the match with Randy Orton is looked at as being mid-card, that’s pretty friggin’ stout. And I mean at any time and under any circumstances. To look at that as being as less than tells you somethings going on in somebody’s mind.

There was a lot of animosity around and a lot of people that were trying to get over and move up in position. When Miz was wrestling Cena I just know that there were a lot of guys that felt like they should’ve been in that spot. If you didn’t want to be in that spot, somethings wrong with you. There was some tension here or there.”

The Miz’s rumored WWE title ‘burial’ was also detailed. Arn also revealed why the Elimination Chamber match was ‘dangerous’ when it first started.
“The fact is for 9 tenths of its existence, that cage was built not to be talent friendly. I got up in it and walked around and there were very few padded spots. A lot of it was chain link, I know it was designed to look dangerous but when it really becomes dangerous, who are we working here? Who are we ribbing? There were not many soft spots.

“The way it was designed there wasn’t a whole lot of things that you could do in there because you were trapped. There wasn’t a lot of excess room on the roof of the cage where you could go up top and stand up and do a lot of stuff, without a soft place to land your choices got really really small.”