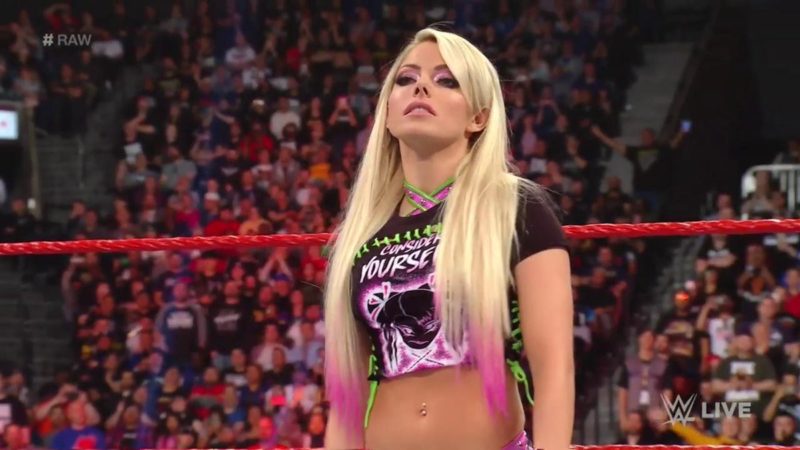 Alexa Bliss recently tweeted that she has been suffering from a type of illness for five consecutive days and it still did not go away. On this week’s RAW, her match against Bayley at Extreme Rules was changed to a handicap match as Nikki Cross joined in.

As reported by Dave Meltzer on Wrestling Observer Radio, it seems that Alexa Bliss has been suffering from a sinus infection. The original plans were not to have the handicap match. However, it is understandable why WWE decided to go with it.

We hope her sickness gets better by Sunday, but it is certainly a good idea to have Nikki Cross at her side in the meantime.