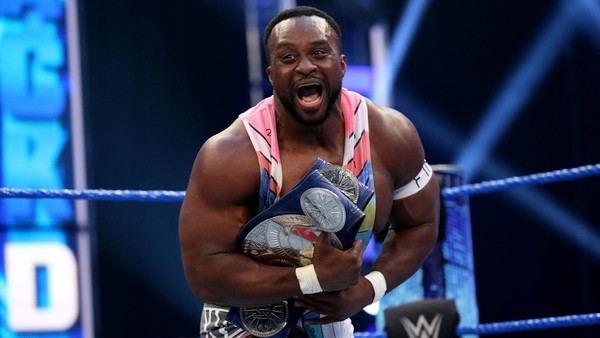 On this week’s episode of Friday Night Smackdown, the New Day struck gold as they won the WWE Smackdown Tag Team Championships.

Big E squared off against The Miz and Jey Uso in a triple threat match on the show. The match was a highly unique one. It was a Triple Threat match with only one contender from each tag team. This match took place as they had to make up for the fact that WrestleMania 36 was changed.

After an intense match where each competitor gave it their all in order to come out on top, it was Big E who managed to pick up the win. Now the New Day are behind the Dudley Boys for most titles reigns in the company by only one reign.