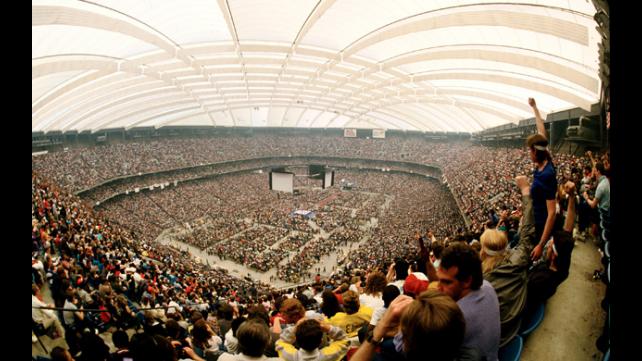 – The Pontiac Silverdome, which hosted WrestleMania 3, is scheduled for demolition in Spring 2016, according to the Detroit News. An investment group bought the property for a mere $583,000 in 2009 and plan to build “stores, offices, a hotel, and light manufacturing.”

WrestleMania 3 featured Hulk Hogan vs. Andre The Giant in the main event for the WWF Title while Randy “Macho Man” Savage battled Ricky Steamboat for the Intercontinental Title.

Wait, what is @HeymanHustle doing? Here is another edition of @JayOnrait and @fs1otoole don’t go to the MLB playoffs https://t.co/EOMzOCVbg4