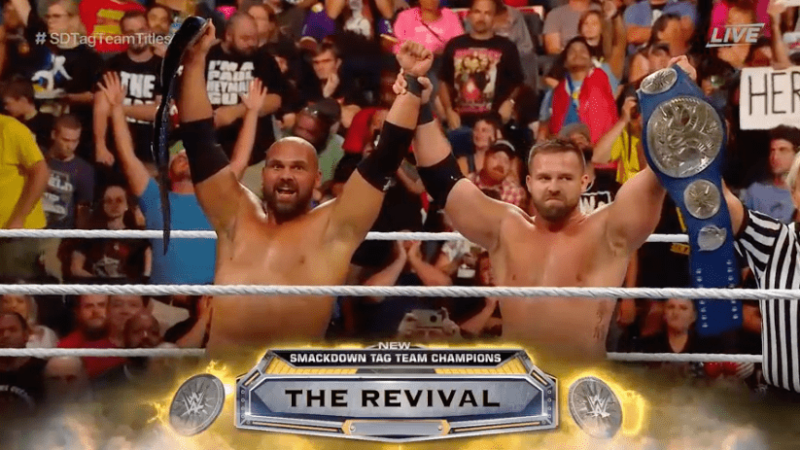 WWE Clash Of Champions took place in Charlotte, North Carolina. It was a night of intense action, where we saw titles change hands.

The New Day defended their Smackdown Tag Team Titles against The Revival. It was a hard-hitting match as both teams were determined to become victorious. However, The Revival dismantled Big E and Xavier Woods.

Towards the end of the match, The Revival hit a Shatter Machine on Big E on the outside. Then they hit another Shatter Machine on Xavier Woods in the ring and then Scott Dawson applied an inverted figure four on Woods for the win.

The Revival are now the new Smackdown Tag Team Champions.