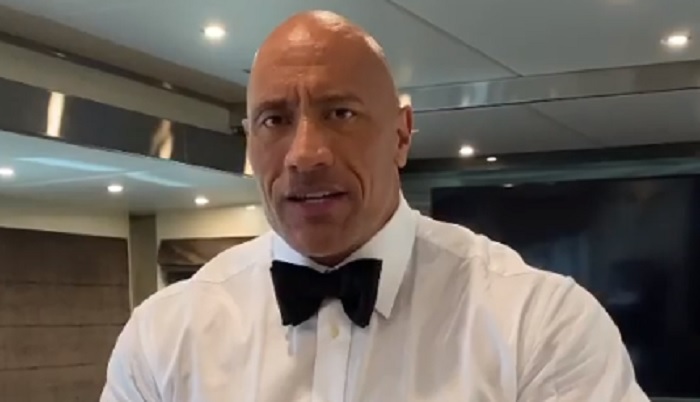 Dwayne “The Rock” Johnson is the most electrifying man in all of sports and entertainment.

And now he’s got the stats to back the claim.

On Thursday, “The People’s Champion” took to his official Instagram page to release a video in celebration of a major social media milestone, as the future WWE Hall Of Fame legend has surpassed the 200-million follower mark on Instagram.

The Rock released the following statement along with the aforementioned video:

Here’s what I’ve learned these past few weeks and maybe, you can find value in this take away and apply it to your own life.

And when you do speak your truth – do your best to speak with dignity, compassion, respect, poise and empathy.

Even when the conversations get uncomfortable – when you approach with respect and care – on the other side of discomfort – is clarity and progress.

You have my word, I’ll always do my best to speak my truth with dignity, respect, empathy and GRATITUDE.

The #1 followed man in America.

The #1 followed American man in the world.

And most importantly, the #1 daddy at home.

Love you guys, I always got your back and let’s keep rockin’ 🖤👊🏾

Watch Dwayne “The Rock” Johnson’s video celebrating his Instagram page surpassing the 200-million follower milestone via the post embedded below courtesy of the IG account of “The Great One.”

#1 most followed man in America.

#1 most followed American man in the world.

Love you guys and I always got your back. #speakyourtruth ✊🏾 https://t.co/Fid6GChYmP