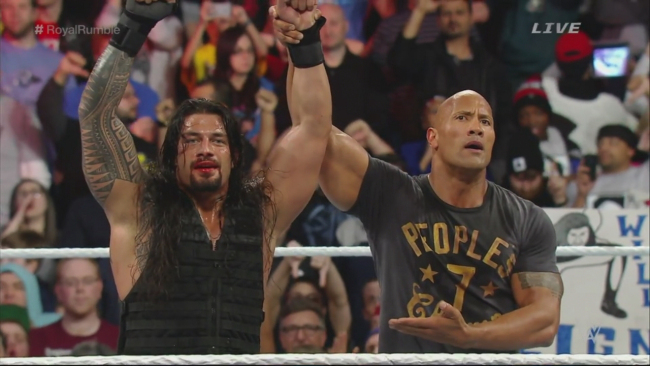 On his recent Instagram live stream, former WWE Champion, The Rock was asked about a potential match against Roman Reigns.

Despite having last competed in a match at WrestleMania 32, The Rock stated that he is open to a potential return to WWE for a clash against ‘The Big Dog’, however, only under the right circumstances.

‘The Brahma Bull’ also claimed that the match would have to happen in the right venue and lastly added that it is hard for him to turn down WWE Chairman, Vince McMahon, whom he considers as his mentor.

“You never say no with Vince McMahon, who has been one of my mentors in business for a very very long time and a very very close friend and confidant. Yeah, so you never so no. I think for something like that to happen, the venue would have to be right. I think the business model would have to be right (laughs). But I’m very close to Roman, that’s family to me. We’ll see.”

The Rock quietly retired from pro wrestling last year but still remains to be in the best shape of his career, even at the age of 47.

A match against his cousin Roman Reigns is something that WWE fans have been hoping for and there could be a possibility that we get to witness this showdown once things get back to normal for WWE.