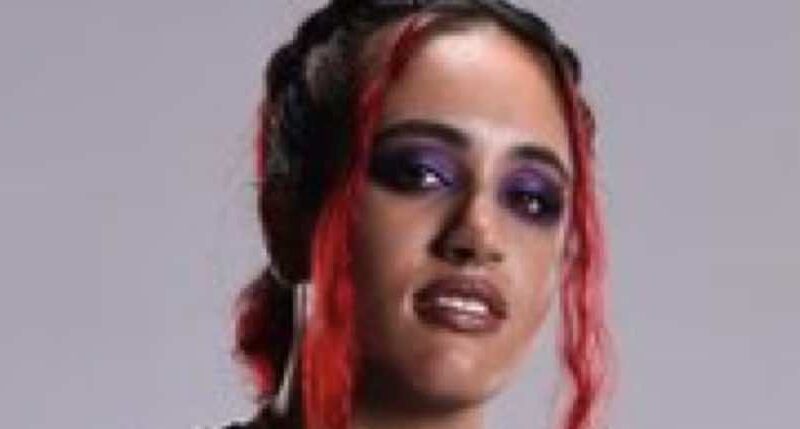 The Rock’s daughter Ava Raine recently took to her Instagram account and posted a picture showing off her merchandise. She also flaunted her legs. The caption read:

“the wrath of the schism is just beginning… go to @wweshop for more.” 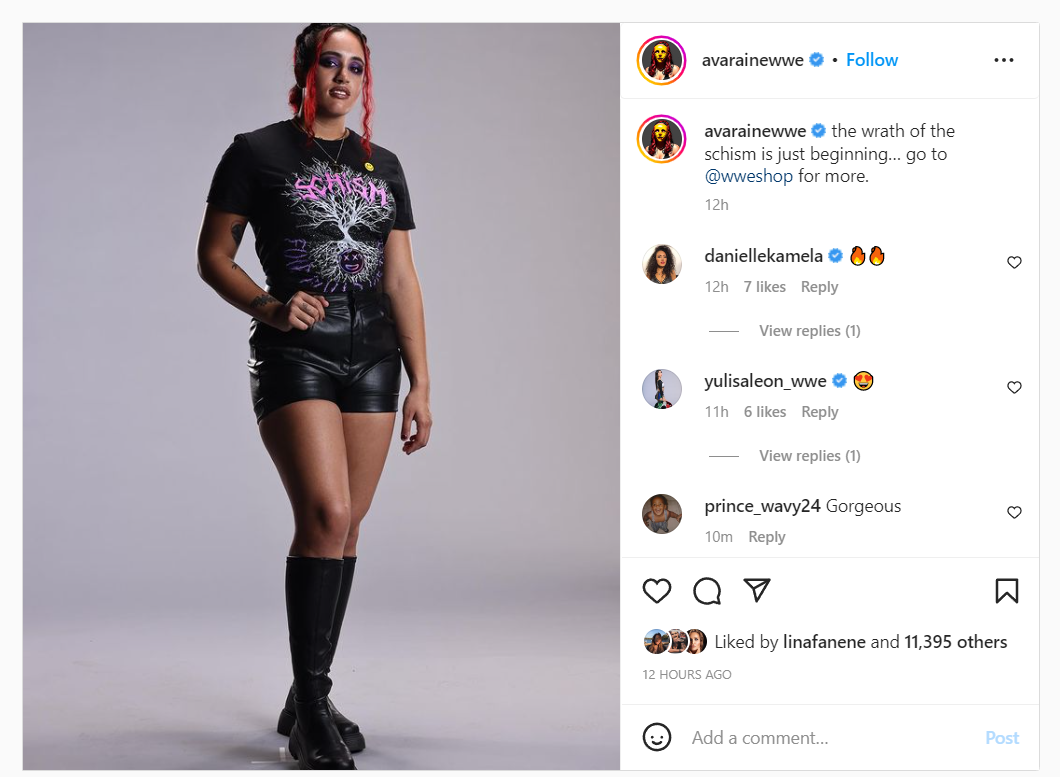 Ava Raine made her debut on NXT recently. She was revealed as the fourth member of Schism alongside Joe Gacy and the Dyad.  On a recent edition of NXT, Ava Raine didn’t shy away from dropping a huge reference in a promo ahead of Thanksgiving. In a segment ahead of Thanksgiving, the Schism wasn’t creepy at all as they all shared some thoughts.

Amongst those getting mic time, Ava Raine who dropped a very interesting line in her promo section.

Mentioning specifically that whereas “blood relatives cannot guarantee a united family,” the Schism can be counted on.

As the segment went on, Ava Raine went into the crowd and selected a “random” fan who of course, ended the segment going through a table at the hands of Joe Gacy. For their part, the WWE Performance Center crowd chanted loudly, “Sacrifice!”

Nobody expected Johnson to make her televised debut the way she did. The Rock’s daughter appeared alongside Joe Gacy, Rip Fowler, and Jagger Reid to explain her reasons for joining the group on the November 1, 2022, episode of NXT:

“Nobody knew that it was me. Everyone thought they knew everything, and I showed them that you know nothing. I’ve been around the WWE my entire life, and nobody ever took the time to get to know me, until I met Joe, Rip, and Jagger. They were the only people who took the time to see the real me. You know when I first started training at the Performance Center, I suffered a devastating injury. So bad that I had to have surgery. You know who texted me? You know who called me? You know who checked on me? This new guy, Joe Gacy. I didn’t hear anything from anybody who claims they’ve known me for years,” The Rock’s daughter Ava Raine told Vic Joseph during their sit-down interview.