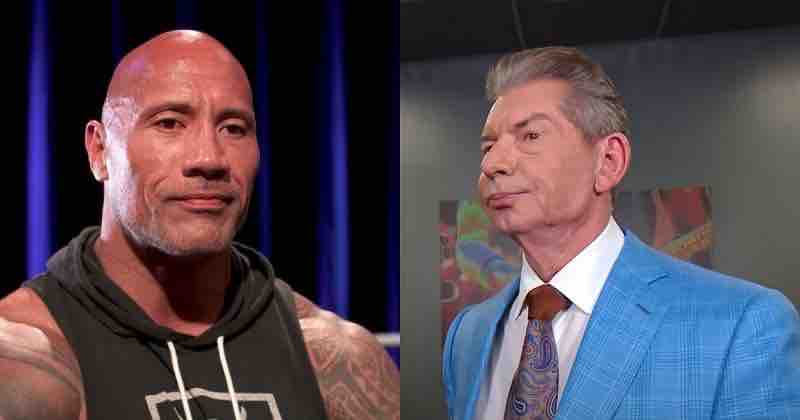 David Adrian Smith related to the XFL football league has filed a 60-page lawsuit lawsuit against Vince McMahon, World Wrestling Entertainment, Dani Garcia, ESPN, Dwayne Johnson, Dick Ebersol, WWE Chief Financial Officer Frank Riddick, Riddick’s wife Carol and many others. According to PWInsider, it was filed on 7/20 before the United States District Court for the Northern District of Texas. It was previously noted that in quite an interesting development from the Sports Business Journal, McMahon reached a settlement with former XFL commissioner Oliver Luck. The former commissioner previously filed a lawsuit against McMahon’s Alpha Entertainment after claiming McMahon had made a ‘personal guarantee’ payment to him.

Vince McMahon has new trouble ahead of him

In his lawsuit, Smith alleges that on 5/10/16 he “disclosed confidential trade secret information” via email to Carol Riddick including “market analysis, opportunity analysis, strategic analysis and other business information regarding a concept for a minor league or developmental league spring football league.”  Smith alleges that in his first email to Carol, he told her “Please feel free to share with Mr. Riddick but ya’ll keep it under your hats until we have a chance to discuss how to proceed or that it has not merit.”

The lawsuit further claimed that Smith’s “stated desire” was to discuss with Frank Riddick the failed original version of the XFL to learned what Riddick had ascertained from the original failed version and what they might do differently if another version was launched.  The lawsuit notes that at the time, Riddick was on WWE’s Board of Directors. He has since come on board with the company full-time as CFO.

Smith stated that he had a back and forth series of emails with Carol Riddick with her asking “several rounds of questions” and Smith providing answers and “further analysis of the opportunity including further trade secret information.”  Smith stated that the correspondence stopped after he received no responses from Frank Riddick or Vince McMahon “with feedback on what Defendant #1 [World Wrestling Entertainment] learned from their previous failed venture.”

Smith further alleged that The Riddicks disclosed the information and trade secrets Smith brought to them to another defendant, Scott Jackson, without his authorization. Jackson, Smith stated, was referred to by Carol Riddick during one of their email exchanges.

Smith also alleged that the information was brought to Vince McMahon, who then shared it with former NBC executive Dick Ebersol and his son Charlie as well as ESPN and that the “trade secret information” was used in the production of the ESPN 30 For 30 documentary This Was The XFL, which aired on 2/2/17.  That would be a year after Smith and Carol Riddick were exchanging emails, based on Smith’s timeline.

Smith is alleging that since WWE sold the rights and trademarks of the original XFL over to McMahon’s Alpha Entertainment, it was due to members of the WWE Board (McMahon and Riddick) being involved as they knew of Smith’s “trade secrets” and that Ebersol launched the AAF as well in part due to his knowledge of the trade secrets Smith possessed.  Smith had noted they intended to discover and prove this when the lawsuit entered the discovery phase.

The lawsuit alleged that when Alpha Entertainment filed for bankruptcy and the XFL was purchased by Dwayne Johnson, Dani Garcia, and the remainder of the current owners of the XFL, his trade secrets were “disclosed / conveyed to and acquired / received” to the new ownership without Smith’s authorization.

Smith is alleging 89 counts of misappropriation of trade secrets, 115 counts of Theft of Trade secrets and 134 counts of RICO violations. Smith never actually states what these trade secrets are in the filing in the lawsuit, includes a motion to seal court records to prevent them from being restricted for public access.  Smith noted that he “at this time refuses to disclose the evidence of communications” with Carol Riddick and was petitioning the court to issue orders to prevent the Defendants from disclosing the trade secrets.