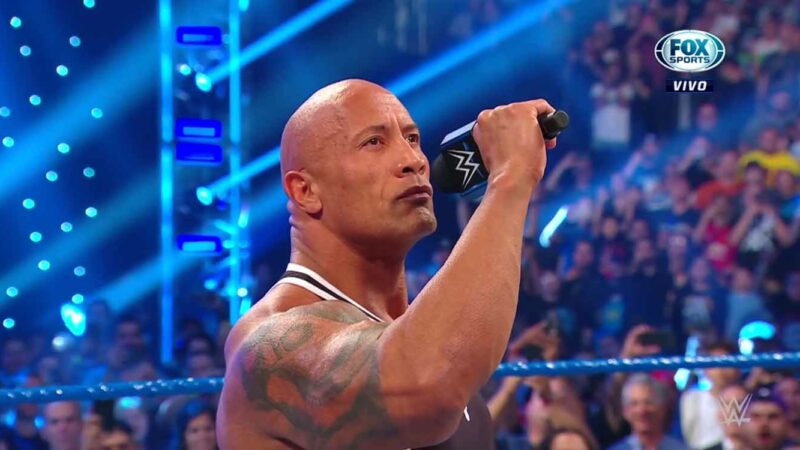 SummerSlam Premium Live Event recently concluded and The Rock was expected to make his presence felt at the show. In the main event of the WWE SummerSlam premium live event, Roman Reigns defeated Brock Lesnar in a Last Man Standing match to retain his Undisputed Universal Championship. ‘The Great One’ was busy with other commitments during the gruesome battle.

The Rock was expected to start a feud with Roman Reigns

There were rumors that The Rock was going to appear at the end of the show and set up his match against Roman Reigns. However, he did not appear. Instead, The Rock was at the New York Red Bulls game in Harrison, New Jersey, as revealed by the team on Instagram.

WWE dropped numerous hints when it comes to a match between Roman Reigns and The Rock already.The Undisputed WWE Universal Champion Roman Reigns is seemingly unstoppable and the fans have been buzzing around that his cousin, The Rock will be a potential opponent down the line. It seems he would be a suitable contender for the title but that match might be in the works for WrestleMania 39 which has been billed as WrestleMania Hollywood. It turns out that ‘The Great One’ has teased a match against ‘The Tribal Chief.’

Reigns had a tough time defending his title against Lesnar. They were involved in a brutal battle in the main event of SummerSlam 2022. ‘The Tribal Chief’ emerged victorious in a gruesome Last man Standing match against ‘The Beast Incarnate.’ Lesnar made his entrance for the match on a tractor. He had also used the vehicle and lopsided the ring, Reigns being inside the squared circle. e match saw some great spots as the fans were thrilled.

Lesnar lifting the ring with his tractor is perhaps one of the most noteworthy events in the match, alongside Paul Heyman taking a F5 on the announcers’ desk. WWE had announced that this would be the last bout between the two men as the rivalry culminated after seven long years. Reigns already has a challenger for his title. He is set to defend the title against Drew McIntyre at Clash At The Castle in Cardiff, UK on September 3.