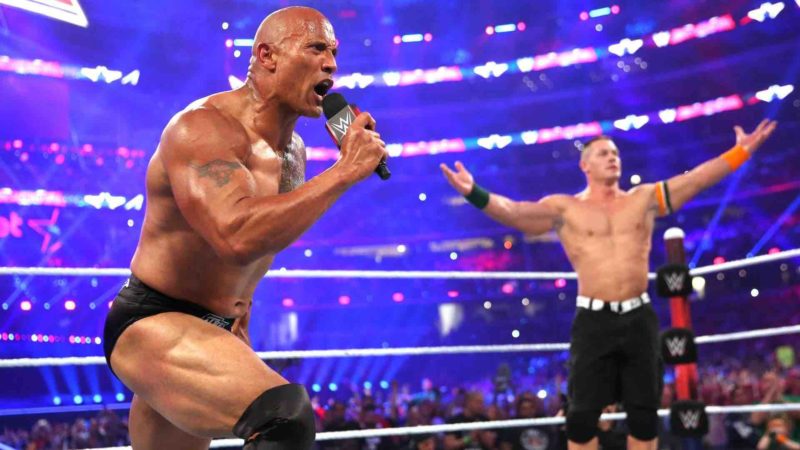 The Rock recently liked an interesting prediction about WWE’s Executive Chairman, Vince McMahon. The 77-year-old made his surprise return to WWE as executive chairman and took over the helm from his daughter Stephanie McMahon. Now that Vince is back, many fans are predicting that a WWE sale is imminent.

Fightful’s Sean Ross Sapp and Denise Salcedo recently discussed the company’s future and the latter made a big prediction about the same. Salcedo predicted that McMahon would ‘force’ the sale of WWE soon. 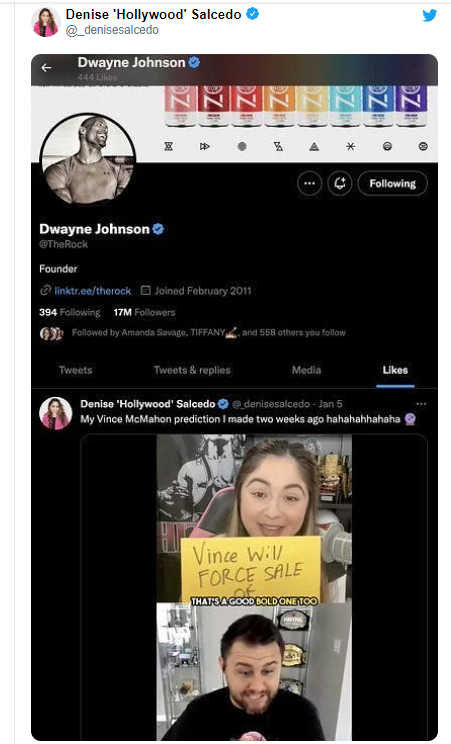 The Great One is slated to make his return to the company soon to set up a match against Undisputed WWE Universal Champion Roman Reigns. There is speculation that he might return Royal Rumble this year. While, he ha been slated to be involved in WrestleMania 39, according to the Wrestling Observer Newsletter, The Rock’s status for WrestleMania 39 is not set in stone.

It was also noted that the decision ultimately comes down to whether The Rock will get adequate time to prepare for in-ring action and get into the shape required to wrestle again.

“We were told that unless he changes his mind in the next few days, since a deadline for Mania plans is coming, that he’s indicated he won’t have time to get into the kind of shape he feels he needs to be in to do a main event match with Roman Reigns, but kept the door open for something in the future. Of course it is a possibility that it’s something being kept a secret from everyone.

WWE has always had a backup direction this year given they were aware Johnson was not a sure thing for some time, and as time went on and he didn’t agree, felt the likelihood had lessened. I don’t know that he’s officially turned it down, but the only indication is that it was considered less likely than a few months ago.

Johnson right now has different projects going on, most importantly the launching of the XFL which debuts the weekend of 2/18 and he will be very heavily involved with the promotion of the league. He had said he would need to have training time to be able to get in ring shape. So his decision comes down to his belief of having adequate time to prepare.”