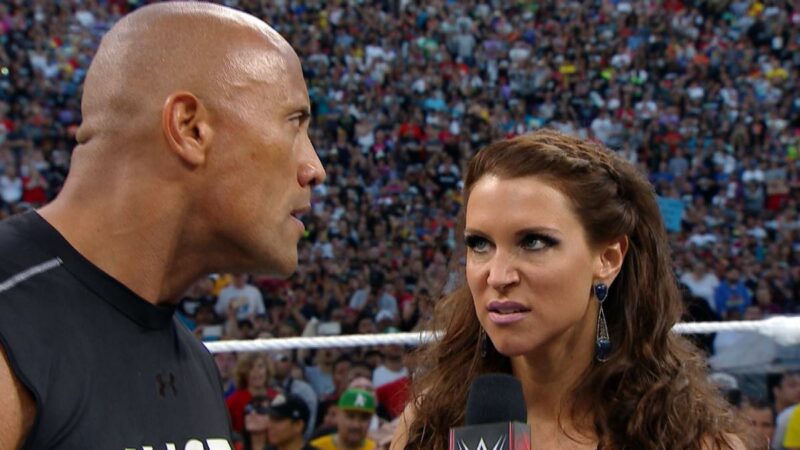 In 2000, WWE aired a show from The Georgia Dome in Atlanta. A massive rivalry at the time was Triple H vs The Rock.

Speaking on former WWE writer Brian Gerwitz’s Instagram Live, The Great One said that The Cerebral Assassin was not all that excited about Rocky’s plans to make fun of his voice in front of the Georgia crowd.

“So now, we’re called to Vince’s office and it’s me, Brian, Triple H, Vince, Stephanie, all of DX was in there. So I got this idea, I’m gonna make fun of how Triple H talks and Vince is like ‘oh sounds great! let me hear it’. And I could just see already Triple H, is like (angry). And we were, we were buddies but it was also very competitive. So Vince was like ”come on Rock let me hear, let me hear the thing’. I was like, okay, got it.”