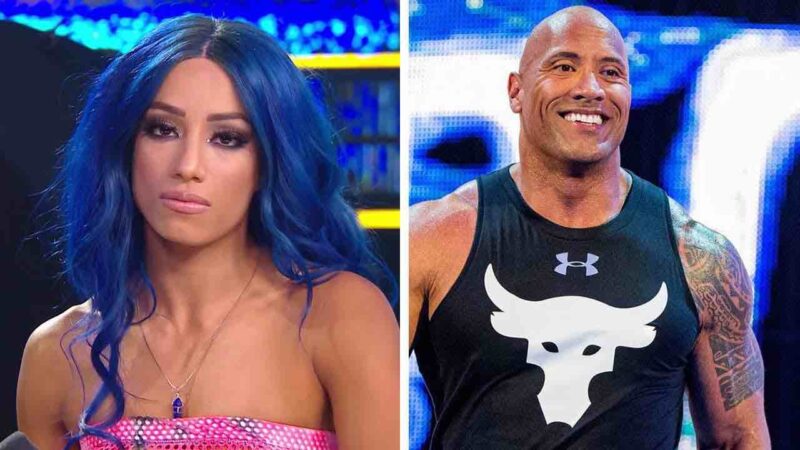 Paul Heyman revealed his WWE return offer to The Rock in a new MackMania podcast interview.

“I mean, listen, if Dwayne Johnson wants the publicity to lose to Roman Reigns, we’ll give him a title match,” Heyman said. “He doesn’t even have to wait in line or win a battle Royal or whatever, there’s box office there. I’m impressed with what Dwayne Johnson has done outside of WWE and I would counsel Roman Reigns that we could make a special provision to defend the title and smash Dwayne Johnson. Dwayne Johnson wants to take that beating, he is more than welcome to step up to The Tribal Chief, as long as he understands that when the match is over, he’s going to be like everyone else, and that he’s going to acknowledge The Tribal Chief, Roman Reigns.”

Sasha Banks also offered her first tweet during her WWE hiatus, with Banks reportedly set to return to WWE in coming weeks.

She promoted an appearance in a tweet about a non-WWE appearance, though the appearance tweet was mysteriously deleted.

Another big WWE name just returned to the ring. WWE Hall Of Famer The ‘Nature Boy’ Ric Flair has been regarded as one of the greatest pro wrestlers to have ever laced up a pair of boots in the world of professional wrestling. He is also a man full of controversies and has had trouble with a lot of pro wrestlers and pro wrestling personalities. One of them includes WWE legend, Teddy Long. Bret Hart also previously called out Ric Flair for ‘flat out lie.’

According to a report from F4W’s Dave Meltzer (via the Wrestling Observer Newsletter), Ric Flair’s Last Match drew a large enough gate to make it the second-biggest modern-era independent wrestling event in the United States.