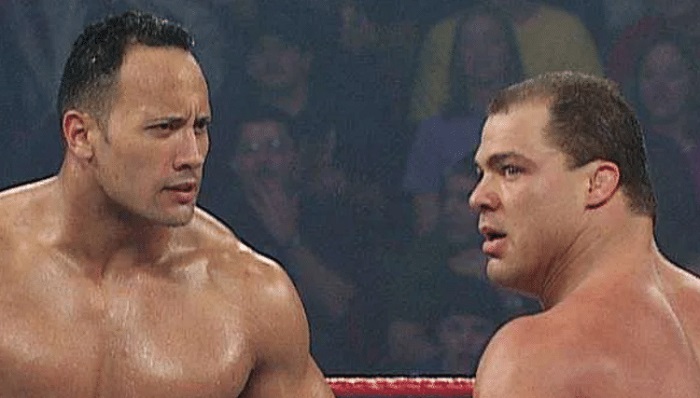 The Rock recalls passing torch to Kurt Angle in 2000

Dwayne “The Rock” Johnson surfaced on social media on Thursday to comment on the 20-year anniversary of a memorable WWE match.

After ESPN MMA reporter Ariel Helwani tweeted a memory about traveling to Albany, New York to witness Kurt Angle defeat The Rock to win the WWE Championship at the WWE No Mercy 2000 pay-per-view, The Rock responded with his recollection of the memorable match.

“Love this match,” Johnson began. “It was a brilliant build up and promotion.”

He continued, talking about it being an honor to pass the torch to the Olympic gold medalist who was on the fast rise to the top of the scene in the WWE Universe.

“Honored to “do the honors” for Kurt,” he wrote. “He’s one of the good guys AND one of the greatest athletes of all time. Rare combo.

“Didn’t know your wrestling roots go this far back, Ariel,” he said of the ESPN MMA reporter. “We gotta talk.”

Check out The Rock’s tweet about the 20-year anniversary of his WWE Championship showdown with Kurt Angle from the WWE No Mercy 2000 PPV below.