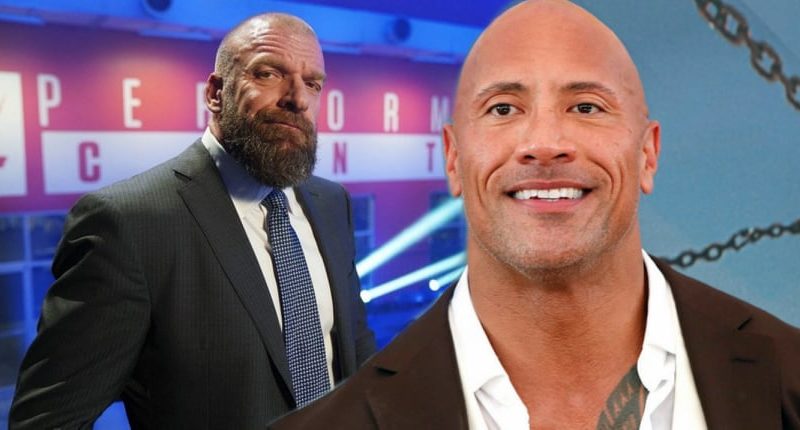 Triple H has a lot on his plate and is trying to manage the COVID-19 situation as well as he can. This week’s episode of Friday Night Smackdown will celebrate 25 years of Triple H’s career this week. It seems The Rock had something to say to The Game.

During the latest WWE The Bump, the Great One made an unexpected appearance. He gave Triple H a surprise tribute, which he certainly did not expect. He said how it was an honor to celebrate The Game’s career.

The Rock talked about how even in his very first match at Survivor Series at Madison Square Garden, Triple H was very welcoming to him. At the same time, he saw a “hunger” in Triple H that meant they were going to be serious competitors which is exactly what happened at that time in WWE. The Rock credited this for how good their chemistry was in the ring.

He then said Triple H is the one man with whom he has consistently put on great matches and travelled all over the world. He praised the work he put into NXT, making it grow as much as it did.

The Game ended it by saying:“The worst part is how does he look so great, but I look like an old prune?”