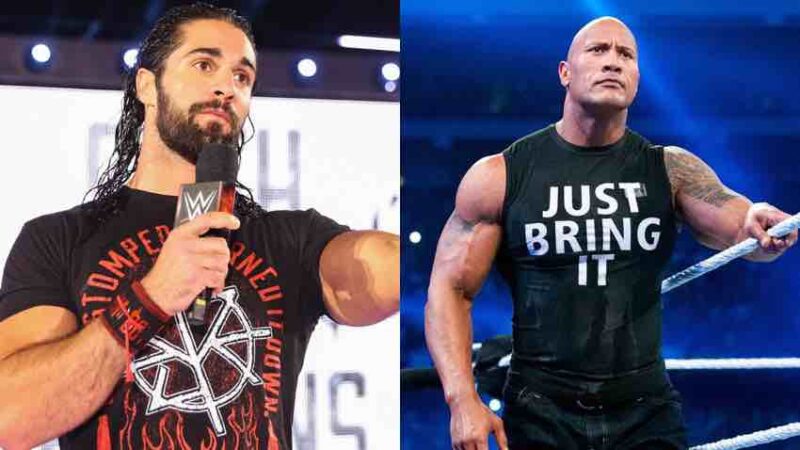 The former WWE Champion Seth Rollins recently made it clear that he is ready to face The Rock at WrestleMania next year.

Seth Rollins is open to facing The Rock

‘The Visionary’ recently responded to a Tweet from USA Network’s Twitter account suggesting that ‘The Great One’ should settle his score with Rollins at WrestleMania. Rollins stated that he would be ready for the challenge. Here is what Rollins said:

“If he wants to have the greatest match of his life, my dance card is open,” Seth Rollins tweeted.

If he wants to have the greatest match of his life, my dance card is open. https://t.co/ZpE0VNrpqW

It comes after The Rock recently had a conversation with the former WWE RAW Women’s Champion Becky Lynch, Seth Rollins and former WWE Writer Brian Gewirtz on Instagram Live. ‘The People’s Champ’ recalled a brutal powerbomb that he received from The Shield on the go-home episode of RAW ahead of Royal Rumble 2013.

Back in early 2013, ‘The Great One’ began a feud with CM Punk, who was the WWE Champion at the time. On the go-home show for WWE Royal Rumble 2013, The Rock was brutally attacked by The Shield: Jon Moxley, Roman Reigns, and Seth Rollins.

Following the attack, Punk cut a promo on The Rock, while The Great One could be seen spitting blood in the ring. While speaking with Seth Rollins, Becky Lynch, and former WWE writer Brian Gewirtz on an Instagram live session, The Rock recalled Seth Rollins and Roman Reigns’ different reactions to him bleeding at the mouth.

“You know what was really cool? When The Shield attacked me before WrestleMania and powerbombed me, and I remember Seth… I was on Roman’s shoulders. He threw me down so hard on that mat. Busted my blood vessels, blood started coming out of my mouth. Roman looked down and was like, ‘You okay, Uso?’ And as far as I can answer, Seth was like, ‘Who gives a sh*t!’ and walks away.”

The Rock is very likely to face off against Roman Reigns at WrestleMania 39 next year. But who knows, there might be some changes as well.