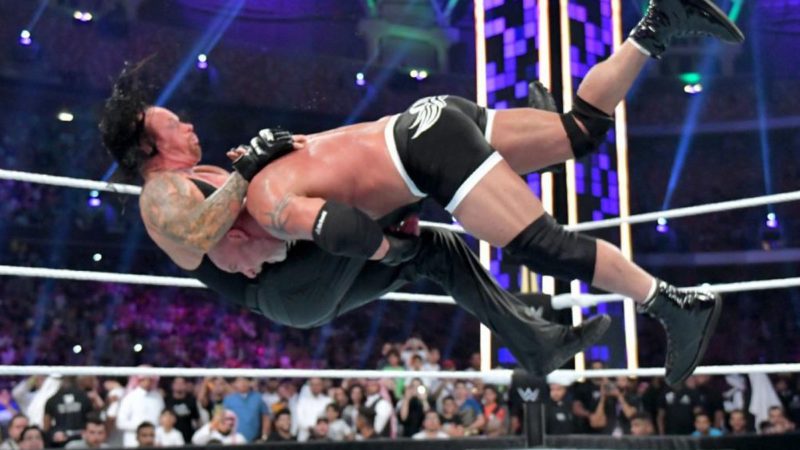 There was not much expectation when it was announced that The Deadman would face Goldberg at the WWE Super ShowDown. With both the men way past their prime and the age factor looming as well, it was doomed to be a failure.

But failure was just a soft term aftermath the match, which was classified as a disaster by critics and viewers alike, had much more implications backstage.

Brad Shepard reports that the duo apparently had a huge dispute backstage which apparently involved a lot of shouting. Here’s what Shepard had to say:

A source in WWE told me that Goldberg and Undertaker got into a shouting match backstage at the gorilla position, after their match. #WWE #WWESSD

The match involved a number of botches and it is also being speculated that Goldberg was concussed. This resulted in the former Universal Champion apologizing to the fans on Twitter.