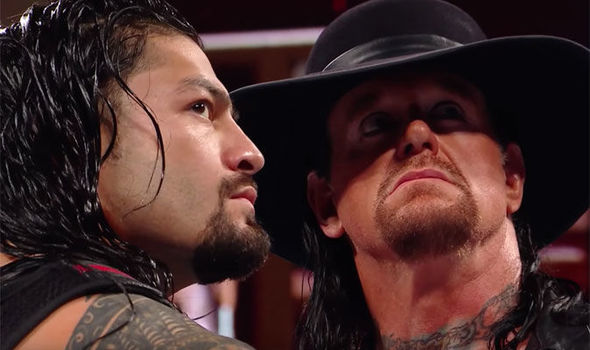 At Extreme Rules, Roman Reigns and The Undertaker will join forces to take on Shane McMahon and his enforcer Drew McIntyre. After saving Reigns from a beatdown last month, the match was made official.

With only a few days until the event, however, the WWE has decided to launch official merchandise for Taker and Reigns. A shirt that reads, “We Run This Yard” on the front, featuring two chained dogs emerging from a pair of graves was released on the WWE Shop earlier today.

However, the back featured an official tag team name for the duo, christening them the “Graveyard Dogs.” It’s definitely something we’re sure Michael Cole will scream relentlessly on Sunday.