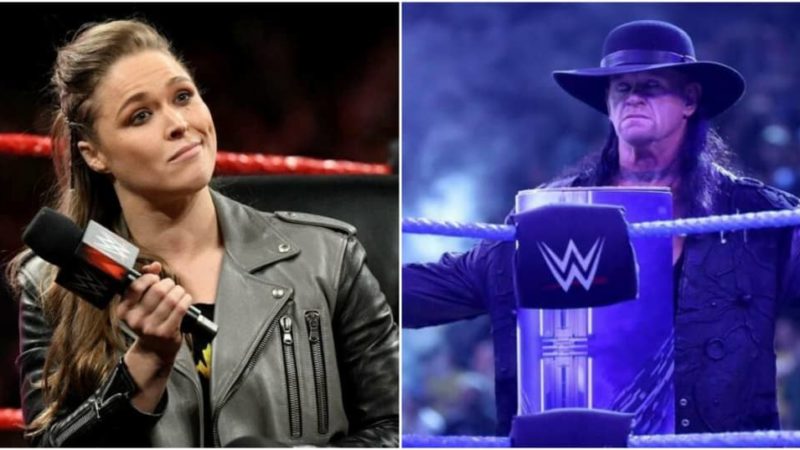 McIntyre has already made his choice and is on his way to face Brock Lesnar for the WWE Championship at the Show of Shows. Charlotte Flair might end up shocking us all and go for Rhea Ripley’s NXT Championship at WrestleMania 36. Furthermore, rumors suggest that Roman Reigns and the Fiend Bray Wyatt might square off for the Universal Title.

Either way, the card for the biggest pay-per-view of the year is guaranteed to be stacked. However, two of WWE’s biggest Superstars might have to miss on this year’s WrestleMania.

According to Wrestling Observer Newsletter, The Undertaker and Ronda Rousey are both expected to miss WrestleMania 36.

The report suggests that The Undertaker might not partake in a match on the show but is in talks with WWE Officials regarding a potential appearance.

Rumors regarding Ronda Rousey’s WWE return have been stirring for quite some time but the report notes that the former RAW Women’s Champion isn’t expected to wrestle at Mania either.