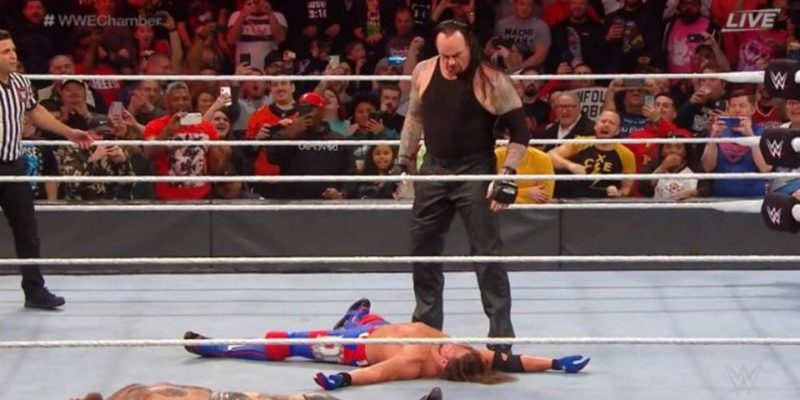 WWE Elimination Chamber was the final pay-per-view before WrestleMania 36. It was a night of memorable moments and that included an appearance from The Undertaker.

AJ Styles faced off against Aleister Black in a no disqualification match. When it seemed the OC was going to help Styles win, the lights went out and the Dead Man returned.

He took out Luke Gallows and Karl Anderson and then hit a chokeslam on AJ Styles. Then the lights went out and the Dead Man disappeared. Aleister Black proceeded to hit Styles with a Black Mass for the win.

So it seems The Undertaker vs AJ Styles will be taking place at WrestleMania.