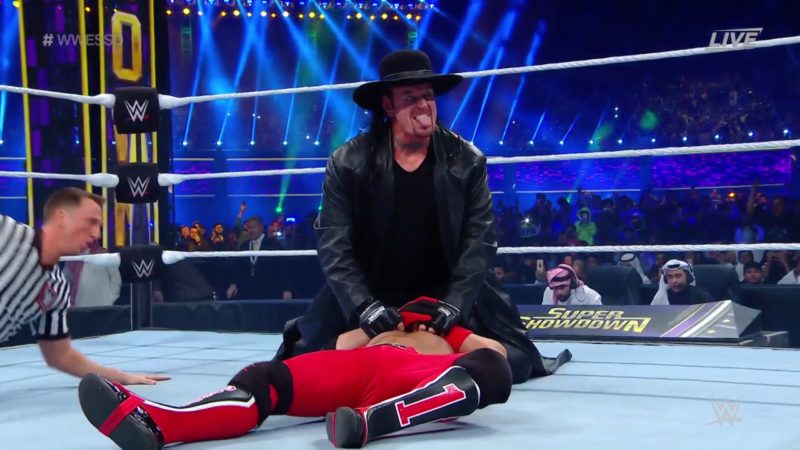 As seen on WWE Super ShowDown, R-Truth managed to defeat the likes of Bobby Lashley, Andrade, and Erik Rowan. However, AJ Styles came out and mockingly took out Truth with ease.

Next up, was the final participant for the match Rey Mysterio and his music hit. But Mysterio didn’t come out and it was revealed that The OC had attacked him backstage.

Styles decided to declare himself the winner but the referee intervened and started a ten count for Styles’ opponent. If Styles’ opponent didn’t come out before the count-out was over, then Styles would be declared the winner.

Undertaker came down to the ring in his trademark entrance and stood face to face with Styles. AJ tried to talk trash but the Phenom delivered a big chokeslam to him and got the pinfall victory and won the Tuwaiq Trophy.

This indicates that the reports about the Phenom and the Phenomenal potentially clashing at WrestleMania 36 are true. If that is the case, then the fans are in for a tremendous ride.