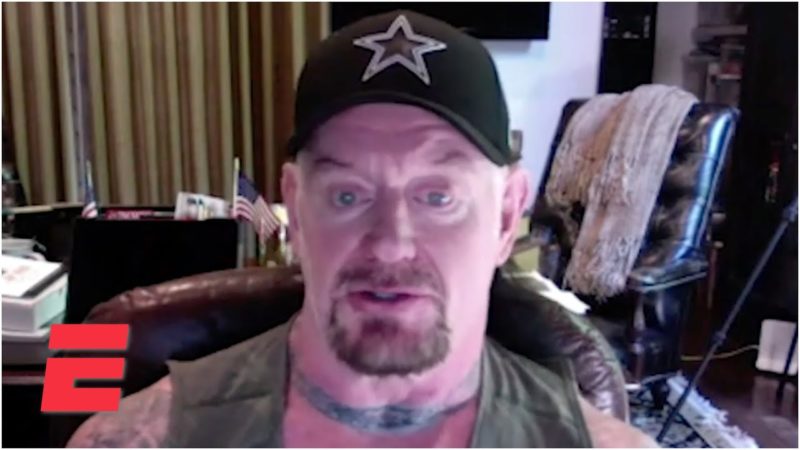 For decades, The Undertaker has been the ultimate authority in the locker-room and rightfully so. However, at one point in time, Taker was a rookie in a company that was running wild on Hulkamania, brother.

At Survivor Series 1991, The Undertaker defeated Hulk Hogan and became the WWF Champion for the very first time. However, the Deadman dropped the title right back to the Hulkster within six days at the This Tuesday in Texas pay-per-view.

In an interview with ESPN‘s Peter Rosenberg, The Undertaker revisited the incident and revealed some surprising backstage details about it.

The Phenom revealed that Hulk Hogan faked a neck injury after their match at the pay-per-view and that this could have played a crucial role in him having to drop the title back to Hogan.

After confronting Hogan over it, Taker was met with an answer that low-key confirmed his suspicions. He then went on to reveal that he’s always had a reserved relationship with Hogan past that point and treated him with respect regardless.

However, he also admitted that he always was on his guard when interacting with the Hulkster.

Finally, I got to San Antonio, I was like, “Terry, I watched it back, your head never hit!” He’s like, “Brother, what it was is you had me so tight, that when we came down, I had nowhere to move, and that’s what jammed my neck. I couldn’t move at all.” At that point, then I was like, ‘Okay,’ I kind of realized I know what you’re all about, and that’s all I needed.

I was not overly friendly, but I did, you know, if he was in the building, I always made sure to say hello, and engage him in conversation. But, you know, l’ve always, like I said, from that Tuesday In Texas, when I got that answer, I knew all I needed to know about him.

And then, you know, that’s the way it’s always. My radar was always up, anytime I had to interact with him.”

These stories about Hogan pulling a few strings backstage aren’t new. Plenty of his peers have told the tales of their encounters with the Hulkster’s backstage politicking.