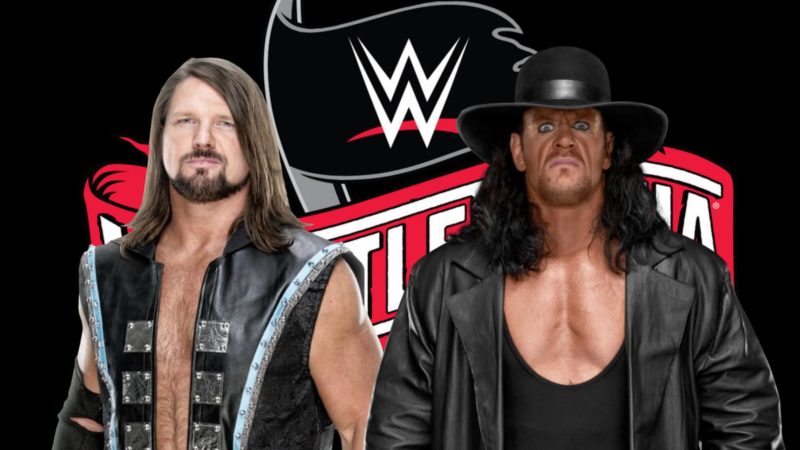 The Road to WrestleMania brings with it – hype, big-match build-ups, and speculations of all sorts. For the longest time, facing the Undertaker at WrestleMania and attempting to break his streak was one of the greatest honors one could have.

Although the streak no longer lives, it is still a thing of honor to stand on the other side of the ring against the Phenom.

This year, rumors of a potential match involving the Undertaker and Sting have surfaced on the internet and gone viral.

However, one of WrestleZone‘s sources tells them that The Undertaker might go up against a completely different and shocking opponent.

The report suggests that this year, The Undertaker will go up against the Phenomenal AJ Styles at WrestleMania 36.

According to a source speaking with Wrestlezone, AJ Styles versus The Undertaker is currently being planned for WrestleMania 36 in Tampa.

An injury suffered during the Royal Rumble match took Styles out of action but he will be back in time for Super ShowDown later this month.

What do you think about AJ Styles going up against The Undertaker at Mania? Comment your thoughts below!