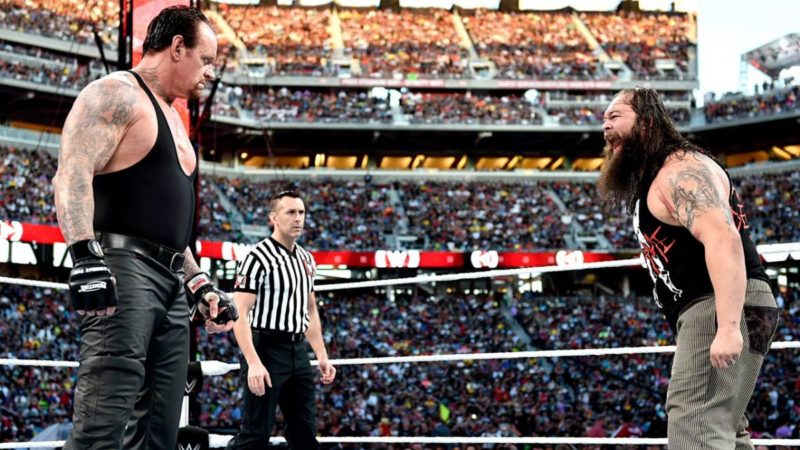 While The Undertaker did get a WrestleMania match with Bray Wyatt, the former Eater of Worlds has gone through a significant change since then. Now a two-time Universal Champion, Bray has undergone a drastic overhaul.

The Bray Wyatt-Fiend dynamic has been one of the most interesting storylines in WWE this past year. The Undertaker knows that and really would’ve loved to get in the ring with him, and even said so in a recent interview with The New York Post. In an appearance on The Bump today, The Deadman followed up, saying:

“At this iteration now…I mean the possibilities are endless because he’s really taken his character to the next level. It’s original and it’s so different from what everybody else does. It’s so thought-provoking and it draws emotions from people. I would’ve loved to be able to work a program with The Fiend. My goodness, there’s no telling what kind of matches we’d come up with just due to the strength of his character and, obviously, The Undertaker character. It would’ve been something else. Buried Alive, Swamp Match, Alcatraz, the possibilities would’ve been limitless.”

The Undertaker also went back and talked about his favorite feuds, highlighting the great rivalry between Eddie Guerrero and JBL. He went on to say that he wished he’d been able to have a long program with the late WWE Hall of Famer.

Check out The Phenom’s appearance on The Bump in the video above. The Undertaker appears around the 1:31:30 mark.

The Undertaker celebrates thirty years with WWE this Sunday at Survivor Series.