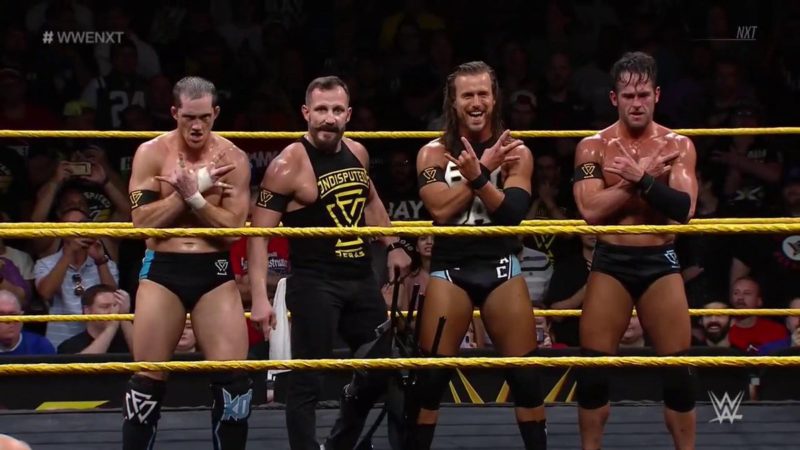 The Undisputed Era has thrived ever since their inception in the NXT brand.  Comprising of Adam Cole, Bobby Fish, Kyle O’Reilly and late addition Roderick strong, the group has won gold over time and now might be looking into a new direction with the possibility of a female member being added.

As reported earlier, with Shayna Baszler being rumoured to be called up to the main roster, the WWE is reportedly planning to add Marina Shafir to the group. It is a very well known fact that Shafir is married to Roderick Strong. Moreover, the company has tried this out during the recent NXT live events where Shafir teamed up with The Undisputed Era against Punishment Martinez, Matt Riddle and Mia Yim.

This move would see Jessamyn Duke being pushed as a singles wrestler in the NXT Women’s division.