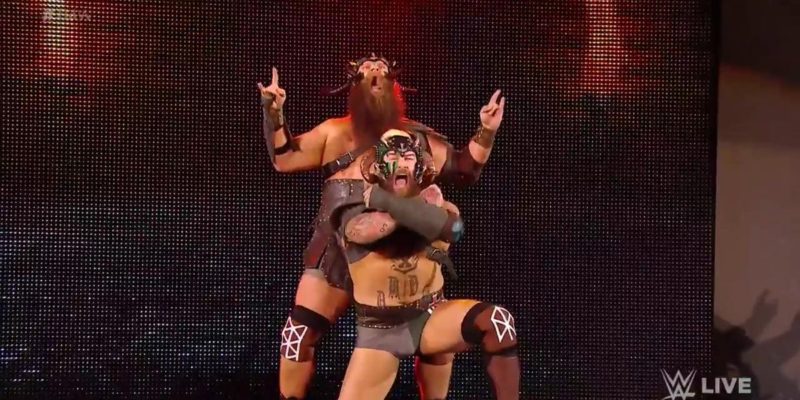 The NXT Tag Team Champions surprised the WWE Universe on Monday Night Raw when they debuted in an 8-man tag team match. However, fans were left scratching their heads at the sudden name change for the duo, as the War Raiders Hanson and Rowe were now called the Viking Experience.

Dubbed Ivar and Erik, the team picked up a victory in their first night on the main roster, teaming with the Revival to defeat Aleister Black & Ricochet and Raw Tag Team Champions Curt Hawkins & Zack Ryder. Still, the name change plagued the minds of the fans, as Twitter was flooded with confusion and complaints. Well, it turns out the Viking Experience almost debuted with a different name.

According to PWInsider, the Viking Experience almost debuted as “The Bezerkers,” a nod to the Berserker, an early 1990s WWF gimmick played by John Nord.

Would you have preferred the original plan, or do you think the Viking Experience is a step up? Let us know in the comments below.