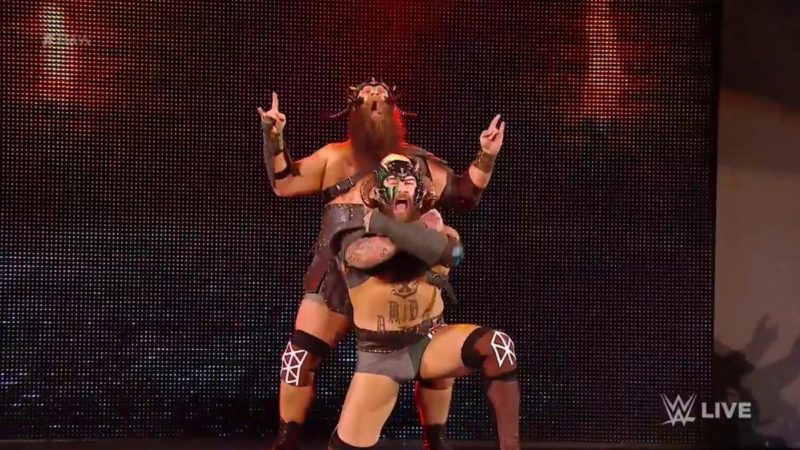 Ivar of the Viking Raiders suffered a serious injury a couple of weeks ago during a tag team match on Monday Night RAW. He threw up the dreaded cross sign after a botched dive attempt to the outside. Due to the injury, he underwent neck surgery. It seems the future of the tag team is uncertain.

Erik competed in a match during this week’s RAW Underground. He faced off against Riddick Moss in a match. Despite it being an intense affair, Eric was unable to win .

During Wrestling Observer Radio, Dave Meltzer noted that Ivar will be on the shelf for a very long time as he has gone through a lot of wear and tear. This is certainly bad news for his tag team partner Erik.

Meltzer then said that Erik of the Viking Raiders will have a very bad year while he is waiting for Ivar’s return to the ring. He also said that “there won’t even be a Viking Raiders” when Ivar does make his return as it is likely WWE will have Erik lose enough times so that he is no longer a formidable competitor.