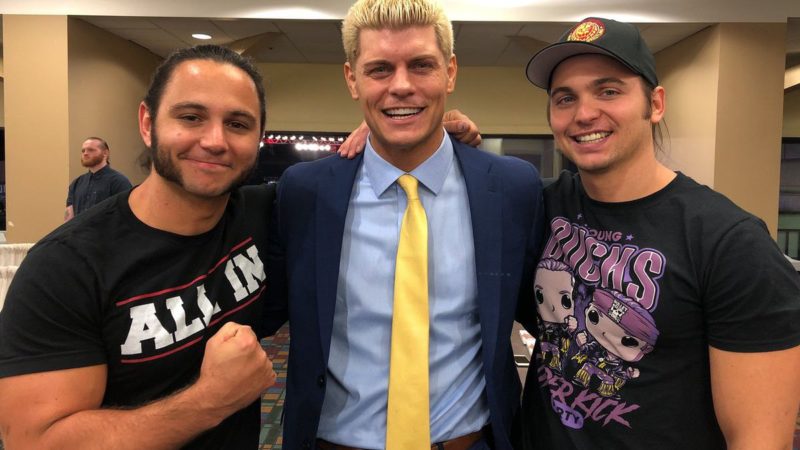 We’ve reported on The Elite’s intentions to stay away from the WWE for the time being in the past.

Recently, in an episode of, “Being The Elite,” The Bucks even parodied what a negotiation between them and Triple H would look like. Prior to this, Cody had stated that he’d probably never go back to the WWE and turned down an offer from them last month.

The Wrestling Observer jumped in recently to add that Cody and Matt & Nick Jackson were all offered seven-figure contracts, but passed on the offer. The Elite are reportedly working on their own promotion, known as All Elite Wrestling.

It seems like even a hefty and well-paying contract from the biggest wrestling company in the world won’t keep the group from their dreams.