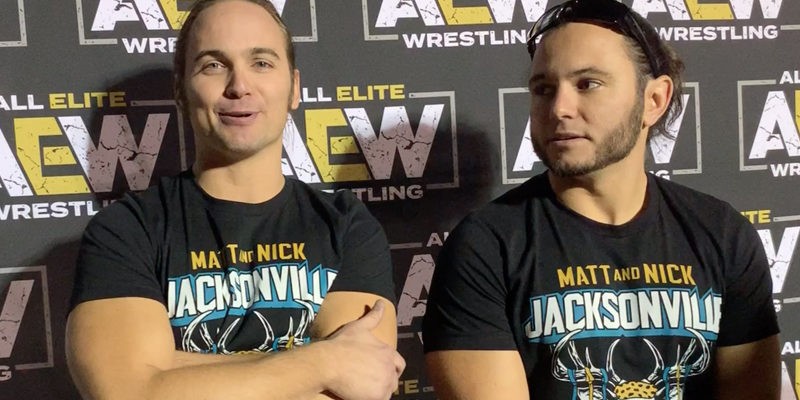 The Young Bucks recently spoke to Alex McCarthy of TalkSPORT where the brother discussed things like NXT being a competition and more.

While talking about NXT being broadcasted live on TV against their own show, Matt Jackson said that he is rooting for them to have a good show but their TV show will be better.

However, continuing on the topic, Nick Jackson made some interesting comments and said that the NXT’s debut on USA was interesting but the audience at Full Sail University might get bored with the product:

“It was a fun show. But 10 weeks from now, those fans might get tired. It happened with IMPACT [doing a show from the same studio].”

As we noted before, WWE recently announced an extended partnership with Full Sail University and NXT is expected to stay in the full sail campus at least until the end of the year.