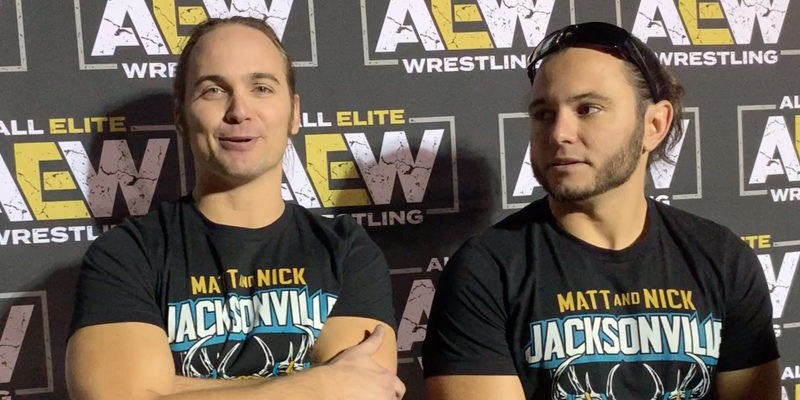 The Young Bucks, the AEW EVP and performers recently had an interview on The Chris Van Vliet Show podcast. They talked about their tag-team goals and named the greatest tag-team of all time.

During the interview, Nick Jackson discussed how he aims to being remembered as a part of the greatest tag team in the business.

He was then questioned about who they look upto as the best tag team of all-time at the present.

ALSO READ: Cody Rhodes entails in a war of words with a fan on Twitter

Matt Jackson then revealed that it is The Hardy Boyz comprising of Matt and Jeff Hardy who are one of the best tag-teams in the wrestling business. He also regarded them as box-office hits.

“It’s Matt and Jeff Hardy. They’re the greatest ever. There’s so many ways that you measure that and I know that we say it’s an opinion but at the same time this is a box office business and Matt and Jeff Hardy are the biggest box office tag team act in the history of the business. Could we ever reach those numbers that they hit? I don’t know because it’s a different time now.”

Jeff Hardy is currently signed with WWE while Matt Hardy works for AEW.