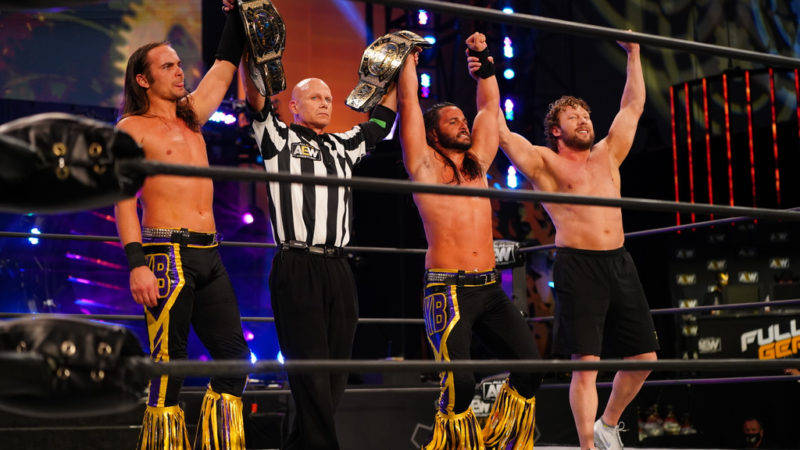 Jade Cargill made her AEW debut by interrupting Cody Rhodes. Shaquille O’Neal’s name was mentioned during the segment and it seems he will be showing up in the company in good time.

Some fans have been wondering if AEW has any need of someone like O’Neal. The Young Bucks recently spoke to Wrestle Zone, where they explained why they want him in All Elite Wrestling.

What matters to them is how they can bring more fans to watch their product. With O’Neal being a huge name in NBA, fans are likely to watch  AEW just to see what O’Neal will do.

I’m all for it because we need to try to get more eyeballs on our product and that’s definitely a way to get the fans that probably wouldn’t watch AEW Dynamite. He’s a celebrity, let’s face it, and he’s got a lot of fans so he’s probably gonna bring a lot of new eyeballs to whatever he does.

O’Neal was present backstage at AEW Full Gear and he said he wanted to have a program in AEW in the past. We will have to see when he makes an appearance.