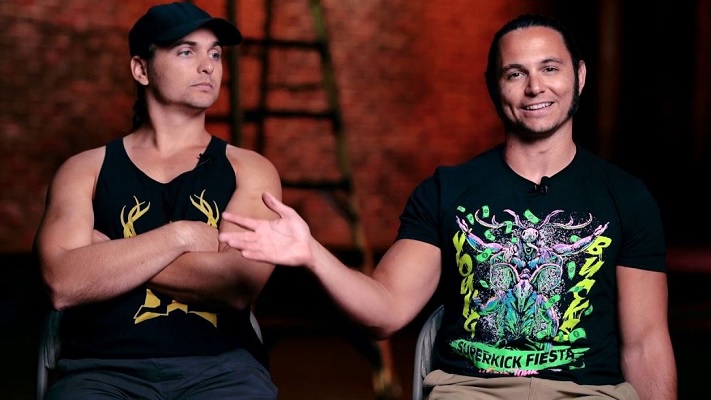 The Young Bucks along with the other members of the Elite have taken up the huge task of changing the landscape of the wrestling world and ending the monopoly which WWE has been enjoying for the past 2 decades with their venture All Elite Wrestling.

So far, the AEW officials seem to be getting success in their ventures as they have not only landed a big TV deal but their TV show has also been beating the competing show NXT in TV rating.

However, when asked if they actually pay any attention to what the other side is doing on Wednesday nights during their interview with WrestlingInc, Matt Jackson claimed that he even forgets there is another wrestling show on Wednesday night

I forget that they have shows, its tunnel vision to our own product. Its like, ‘Oh yeah, that’s right. There’s another show tonight. That’s right.’

Nick Jackson then explained that the mentality at AEW is that they never want to know what the other show is doing because it might screw up their brains:

that’s the mentality of Dynamite and AEW is we’d never wanted to know what that show is doing because we feel like if we do know, then it might screw up our brains and our minds on how we book things as well, so we never have wanted to get caught up in any of that.”