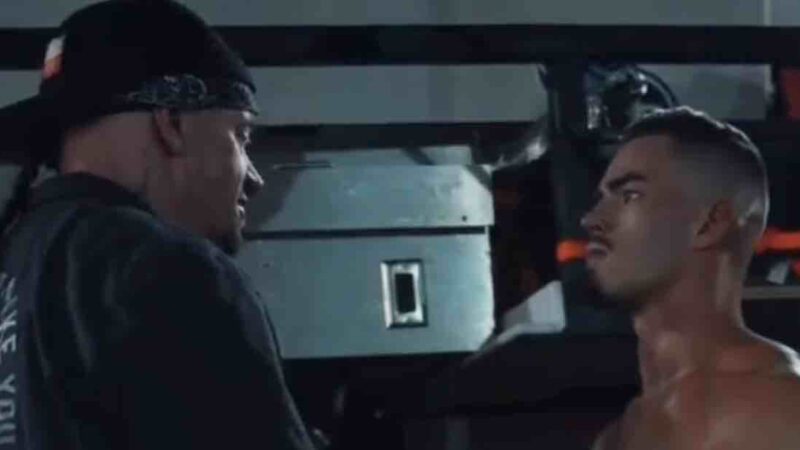 Theory has posted a new video where he breaks character and gets advice from The Undertaker backstage, as seen below.

Undertaker was interviewed on the Joe Rogan Experience last year. Joe Rogan is currently one of the most popular personalities in the world of MMA and UFC, largely thanks to his commentary skills and also his podcast. He recovered from the virus last year and since then spread a lot of misinformation about the virus, at least according to numerous doctors and various other people. A UFC girl also wanted Joe Rogan to pick her up previously.

On this week’s episode of The Joe Rogan Experience, Joe Rogan insulted Donald Trump in a huge way once again, giving him a mental health diagnosis.

“Grandiose narcissists are the ones who genuinely believe they are better than everyone else and they are constantly trying to prove this to everyone… If someone were to take the p*ss out of them, for the grandiose narcissists, it’ll be just like water off the duck’s back, they don’t care.”