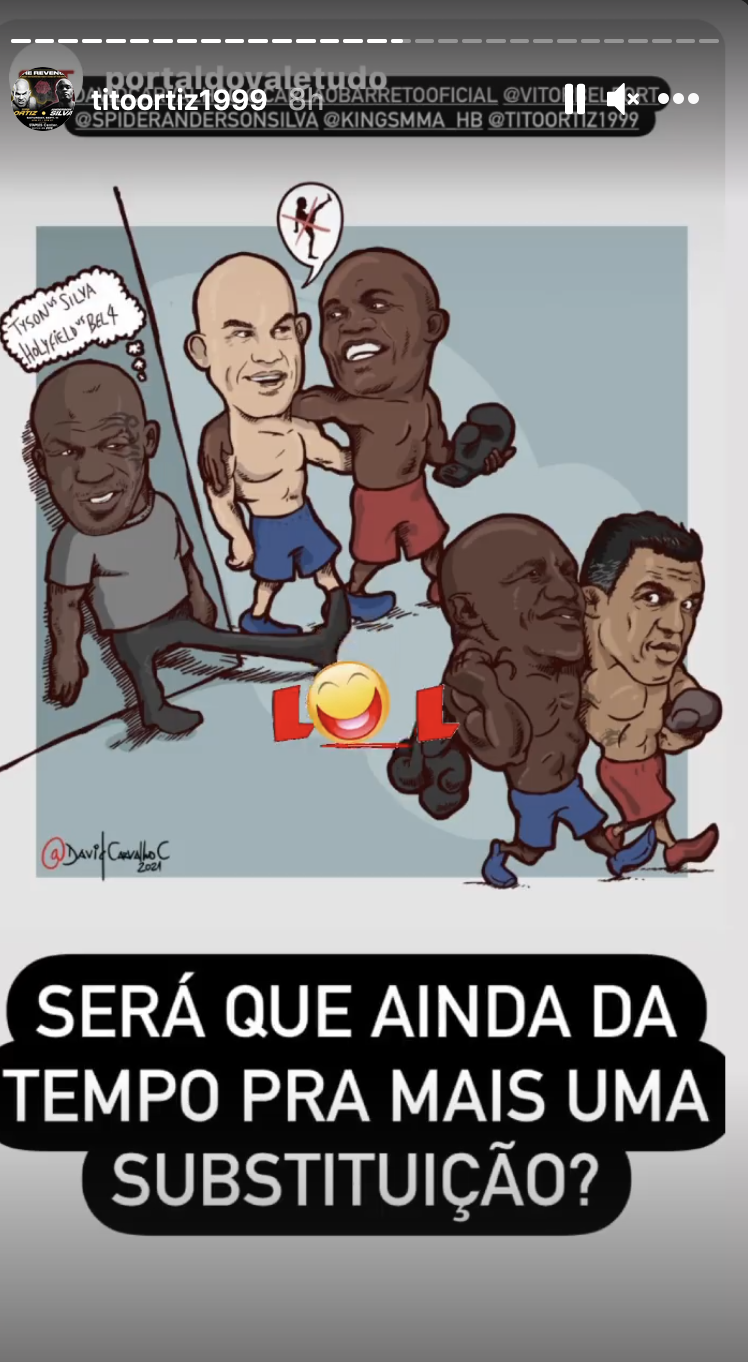 The former UFC champion Anderson Silva called the Tito Ortiz boxing match “a tough fight,” but he believes his technique will prevail.

Silva is set to take on Ortiz this Saturday night on the Triller Fight Club card which is headlined by Evander Holyfield vs. Vitor Belfort. The fight will be contested at a catchweight of 195lbs, meaning Silva will be going up 10lbs from his regular 185lbs weight class in MMA, while Ortiz will be cutting down 10lbs from his normal weight class of 205lbs.

Although the booking still seems a little bizarre it is still an intriguing matchup between two legends of mixed martial arts, only this time it’s taking place in the ring.

“I was training and the company offered me this fight with Tito. I found it interesting and we will fight. I’m really happy with this fight. He has a lot of relevance in the sport, in MMA. In boxing, it’s something completely different, but it’s a new normal right? This opportunity for legends to face each other will be cool. Inside, anything is possible. He has no favorite until the fight is over. I think I’ll be able to put on a great show and bring joy to everyone,” Silva said.

“It’s a tough fight, Tito will probably be heavier than me. So what we’re hitting on is technique. In the fight you don’t have to get the knockout, he appears. So we are training a lot of technique, movement, guard repositioning, when to execute the movements, cut the ring. It will be important to, who knows, open up a hole for the knockout. This happens over time,” Silva said.